Tales from life’s lost and found 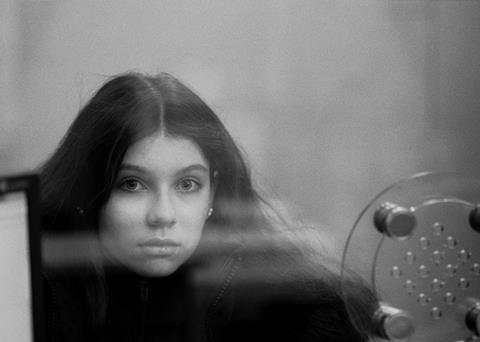 ‘Prayer For A Lost Mitten’

“What have you lost that you’d like to get back?” That question, asked about halfway through Prayer For A Lost Mitten (Priere pour une mitaine perdue), is both simple and profound — a description that also applies to this slight but lovely documentary. Filmmaker Jean-Francois Lesage’s rumination begins with a series of vignettes involving patrons visiting a lost-and-found centre hoping to find missing items, but then expands into a more existential study of the things we cannot retrieve — a dead lover, a happy childhood long since gone. Shot in dreamy black and white and filled with thoughtful conversations, Lost Mitten has a winning modesty that helps leaven potentially morbid subject matter.

Prayer For A Lost Mitten leaves viewers with an incentive to appreciate the things they still have.

Screening as part of the Burning Lights International Competition at Visions du Reel, the documentary hits upon universal themes of grief and mortality, which should make it applicable to audiences the world over. However, Lost Mitten boasts an idiosyncratic structure, offering a mosaic of different individuals, all of whom have experienced a loss of some sort — whether it be a beloved personal article or someone close to them. Art-house crowds should find this ephemeral approach rewarding.

Lesage’s documentary takes place in snowy Montreal, opening at the city’s lost-and-found office in he transit department, where locals inquire about missing binders, keys and passports. The encounters, filmed from a distance, initially seem random, but eventually, Lost Mitten begins visiting these people’s homes, where they discuss why the item meant so much to them — and also reflect on the great losses they’ve absorbed in their lives.

Lost Mitten’s early stretches suggest a clever premise for an observational documentary: an entire film consisting of interactions at the lost-and-found as we watch people futilely rifle through discarded items in the hopes that their missing possession is buried somewhere in the pile. Lesage (The Hidden River) captures the cycle of anxiety, anticipation, disappointment and then acceptance as his subjects realise that what they’re looking for isn’t there. (On occasion, though, the searches do result in a happy ending.) That wave of emotions is so relatable — we’ve all lost something meaningful and desperately wanted it back — that it’s enticing to see how strangers navigate the process.

But then the documentary shifts, and these strangers start opening up about their lives in separate interviews away from the lost-and-found centre. A woman tells of the significance of her missing tuque, and then later on recalls a passionate love affair that couldn’t last. In other interviews, often consisting of the subject talking to friends or family members, we hear about different forms of loss. One of the most touching involves a man in his 50s reminiscing about a decades-long romantic relationship — and how his HIV diagnosis forced the couple to focus on his health, never considering the possibility that his partner would die first.

These brief interactions — broken up by poetic interludes of empty Montreal streets at night as snow falls and melancholy, jazzy music plays on the soundtrack — don’t contain grand revelations, but one suspects that Lesage is interested in their everyday humanity and the fact that so many people carry deep loss around with them. Lost Mitten’s intimate conversations have an unguarded candour which is inviting, and the specificity of their stories communicate a sense of how we grieve. (And there can be surprising comments, like one woman who notes, “I don’t like to find things that are lost,” because of the complicated emotions that are stirred up.)

Perhaps inevitably, many of Lesage’s subjects talk about the loss of love — either because someone has died or because of a breakup. A sameness in their laments starts to creep in, underlining the inherent limitations of this slender cinematic thought exercise. But at only 79 minutes, Prayer For A Lost Mitten leaves viewers with much to ponder — as well as an incentive to appreciate the things they still have.

Part of the Burning Lights International Competition, ‘Prayer For A Lost Mitten’ plays in www.visionsdureel.ch between April 25 and May 2