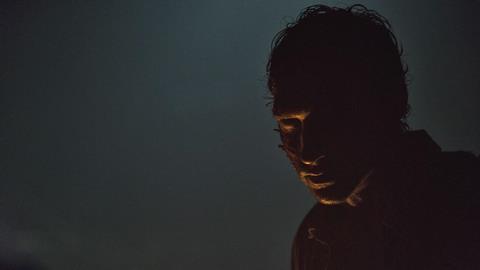 Acclaimed pop promo director Corin Hardy makes a slick, confident debut with supernatural horror The Hallow. Demonstrating a facility with storytelling almost as skilful as his nimble orchestration of animatronics and visual effects, this pleasingly old-school Irish-backwoods scarer should appeal to fans of Guillermo Del Toro, while setting the filmmaker along a similar Hollywood-bound path. Lack of marquee names shouldn’t much hinder global distribution, including eOne’s UK unleashing in November.

Hardy, a Screen International Star of Tomorrow in 2011, is already on to bigger and better things: he’s in pre-production on Relativity’s redo of The Crow, and would be an obvious candidate for any of Blumhouse’s endlessly profitable genre franchises

Hardy and co-writer Felipe Marino deliver an economical set-up, revealing that an Irish forest is set to change from public to private hands. Plant scientist Adam Hitchens (Joseph Mawle) is surveying the health of the timber, an activity that makes him and his wife Clare (Bojana Novakovic) unwelcome additions to the local community.

Interaction is minimal, however, since the couple and their infant son Finn are – you guessed it – staying at a remote house, deep in the forest. Their only neighbour, farmer Colm Donnelly (Michael McElhatton), is openly hostile, warning the family they are trespassing. Adam is more preoccupied with analysing the sample of filthy slime he collects from a dead deer – containing “the Trojan horse of parasitic fungi,” he declares after microscope inspection. Clare brings his attention to a similar-looking viscous substance dripping from the ceiling on to Finn’s cot.

The intriguing build-up takes its time revealing the real reason for Colm’s distress: the forest belongs to the Hallow, tree-dwelling banshees that snatch babies, replace them with changelings and more besides. Colm lost his own daughter to the beasts, who are repelled by iron and all light sources. (Clare’s early removal of all the rusty metal bars from the house’s windows turns out to be an unwise act.)

In a well-constructed middle section, The Hallow gets on efficiently with the escalating scares, little interested in considering alternative explanations – villagers attempting to frighten the family away by orchestrating an elaborate supernatural hoax is one unexplored option. Instead, Hardy proceeds to the supernatural main course, as the Hitchens are driven out of, then back into, their beleaguered home. Nice touches include a camera flash being used to repel the creatures, and a nifty set piece where Adam must break out of the trunk of his car to save Finn, who is imprisoned on his child seat as the vehicle undergoes a sustained attack.

Hardy’s fanboy affection for his unsightly antagonists – he’s been making monster special effects for his super 8 films since the age of 12 – pushes The Hallow into an over-extended action climax that finally outstays its welcome, although hardcore genre fans may disagree on that point. Either way, Hardy, a Screen International Star of Tomorrow in 2011, is already on to bigger and better things: he’s in pre-production on Relativity’s redo of The Crow, and would be an obvious candidate for any of Blumhouse’s endlessly profitable genre franchises.