‘The Sea Ahead’: Red Sea Review

Ely Dagher’s striking first feature is a poetic look at a woman who returns home, finding a city she no longer recognises 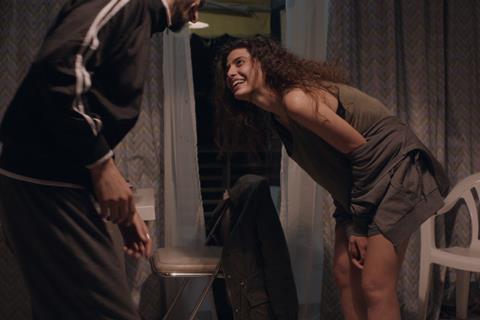 The Sea Ahead was written and shot before the massive chemical explosion which ripped through downtown Beirut in August 2020, plunging the city’s residents into a collective grief and trauma. But there’s a prescient sense, in this very accomplished feature debut, of imminent threat — an imagined tsunami is a recurring symbolic image — which lends this already arresting picture an added resonance. A young woman, Jana (Manal Issa), returns to the city after a long absence. A deep, debilitating depression all but paralyses her; the mystery of what brought her home from a life in Paris is left tantalisingly unresolved. But this striking and poetic drama threads together Jana’s bruised psychological state with the personality of a city which, in the crippling throes of a financial crisis, no longer recognises itself.

While the film works beautifully as a snapshot of the city’s psyche, it is most effective in evoking Jana’s depression

This is an impressive first feature from Ely Dagher, who won the Cannes Palme d’Or for his 2015 short film Waves 98. The Sea Ahead premiered in Directors’ Fortnight and has enjoyed a healthy festival run, taking in Karlovy Vary, London and El Gouna, among others. While perhaps a little subdued and elusive to assert itself in the theatrical market, the picture could connect with audiences through a specialist streaming platform. Those looking for promising new voices from the Middle East should take note of Dagher, whose evocative use of sound and score recalls that of Kleber Mendonca Filho’s Neighbouring Sounds.

And it’s not just the aural component which evokes Mendonca Filho’s work. This is a textured psychogeographical tone poem which uses everything from the grey winter-lit concrete to the deserted twilight boulevards to the empty new-built towers which block the view of the sea as a conduit to a deeper understanding of the mindset of the city’s inhabitants.

We’re not entirely clear what Jana was looking for when she returned, abruptly quitting her university degree in Paris and her casual job. But what she fails to find is a familiar city. It’s like someone came into her home and moved all the furniture around, she explains at one point during a nighttime drive with Adam (Roger Azar), the ex-boyfriend who provides a tenuous link to her past life. He agrees: “At night the city reveals its true self. It’s a city of ghosts.” With his tendency to fade in and out of Jana’s life and his intuitive understanding of her secrets, it’s completely possible that Adam himself is one of these ghosts. Like much in the film, including the nature of the event which leaves Jana listless and cut off from her concerned parents, Adam’s role in the story is clouded and enigmatic.

But while the film works beautifully as a snapshot of the city’s psyche, it is most effective in evoking Jana’s depression. The score, by the director’s brother Joh Dagher, is central. Low, flat droning tones capture the energy sapped by Jana’s engulfing sadness; a slow motion shot of guests dancing with abandon at a wedding is robbed of its joy by ominous orchestral music which speaks instead of tragedy. Likewise the cinematography, which emphasises chill blues and exhausted greys to give the sense of a city caught in a permanent winter.