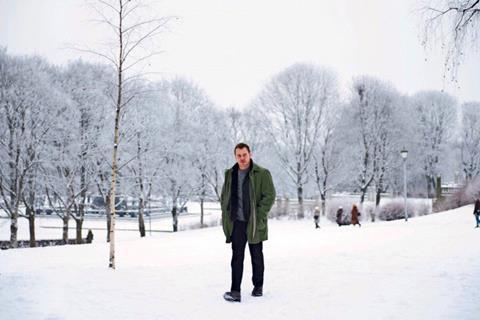 Lavishly-funded to a fault, the long-awaited Working Title/Universal adaptation of The Snowman comes to the screen in a blizzard of A-list talent, every frame composed to crystallised perfection. A grizzled Michael Fassbender plays the clench-jawed alcoholic Oslo investigator Harry Hole, Rebecca Ferguson the latest detective to sign onto his team, and Charlotte Gainsbourg his stylish ex-girlfriend. Jo Nesbo’s Harry Hole series is comprised of page-turning, airport-blockbuster Nordic crime potboilers; Alfredson scorches the seventh, The Snowman, with such art-house intensity that it eventually melts into an exhausted puddle.

It’s hardly The Snowman’s fault, and it’s not the worst offender, but releasing a sadistic film in which ‘loose’ women are nastily and almost fetishistically beheaded in the week of the Harvey Weinstein debacle could hardly be more unfortunately timed

The clue is in the credits, where Thelma Schoonmaker turns up unexpectedly as co-editor (Martin Scorsese produced). Even still, she can’t nudge the film into remembering its raison d’etre as a bleak thriller, with Swedish director Alfredson (Let The Right One In, Tinker Tailor Soldier Spy) losing himself in a flurry of icy landscapes punctuated all too rarely by grisly stagings but never once by palpable tension. It’s a missed opportunity for everyone involved - except for art director Maria Djurkovic and cameraman Dion Beebe who are given ample space to shine while a screenplay credited to Peter Straughan, Hossein Amini and Soren Sveistrup has to fight its way through the Scandi soft furnishings to breathe.

Rolling out globally from this weekend through Universal, there’s enough pedigree here to secure a decent opening and more than enough to roll the film out successfully on VoD, where it could shine. Harry Hole fans, though, may not respond well to Alfredson’s arty take on the nordic noir so brilliantly adapted for TV in thrillers ranging from Wallander to The Killing and The Bridge.

With a chiilling Frozen-level icy-set up (it shot entirely on location in a dazzling Norway), The Snowman cuts immediately after the opening credits to present-day Oslo, where bleary-eyed detective Harry Hole (Fassbender) is sleeping off a bender on the street. Fassbender fans will be relieved to note that his character’s profound alcoholism and incessant chain-smoking have not taken a toll on his muscled torso, however, and his superiors are keen to excuse his absences from work, for reasons and a past which go unexplained.

Hole has a complicated relationship with his ex-girlfriend (Gainsbourg), her son and new partner. At work he is reluctantly drawn by new transfer Katrine (Ferguson) into a series of cases in which women (including Chloe Sevigny) have disappeared. What they turn out to have in common is that they are all mothers who have been unfaithful and terminated pregnancies. The mysterious serial killer (for there is one, although after the prologue we can guess who he is) is shown garroting them with a nasty mechanical noose. There are some puzzling flashbacks involving Val Kilmer, dubbed, and Adrian Dunbar.

It’s hardly The Snowman’s fault, and it’s not the worst offender, but releasing a sadistic film in which ‘loose’ women are nastily and almost fetishistically beheaded in the week of the Harvey Weinstein debacle could hardly be more unfortunately timed for a film that already bears the marks of a troubled edit. The media will be unlikely to give it a pass in the current climate, and in a worst-case scenario, it could be used to highlight some pretty poor choices regarding gender depiction. As Marco Beltrani’s score works at a sweaty level to paper over the cracks, The Snowman dribbles to an exquisitely-shot finale with a sad sense of loss for the talent involved and the project this might have been.