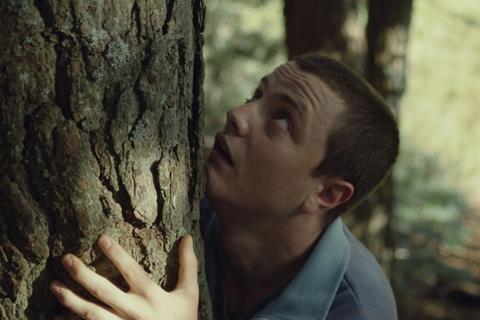 ‘The Strange Case Of Jacky Caillou’

Near-documentary realism is married to something altogether more otherworldly in Lucas Delangle’s engagingly offbeat debut fiction feature, even though he doesn’t always succeed in striking a perfect balance between the two. Nevertheless, the mysterious strangeness of The Strange Case of Jacky Caillou and its unusual genre element is likely to interest fantasy festivals and it could also find favour with arthouse distributors after opening the Association for the Diffusion of Independent Cinema (ACID) section of Cannes.

The unconventional is part of everyday life for Jacky (Thomas Parigi), whose grandmother Gisèle (Edwige Blondiau) is a healer. She and those around her believe her powers stem from channelling magnetism as she holds her hands over patients. Like recent Nordic chiller The Innocents (2021), these healing powers are evoked by suggestion rather than special effects – a nod too towards how important belief is in these healing processes. Delangle deftly sets the mood by encouraging us to focus on things we cannot directly see from the start, as we watch Jacky capturing sounds around his grandmother’s house with a cassette recorder, including her whispered prayers from behind a closed door as she ministers to one man while a crowd of other locals wait their turn in her living room. Later we’ll see Jacky creating music with a theremin, his ability to make the sounds without touching the antennae another nod to invisible forces.

The first portion of the film has a warm and spirited humour as Jacky and his grandmother gently joke with one another, even on a visit to the stone cairns that mark his parents’ graves. But internal forces are competing within Jacky himself, as he is torn between an increasing interest in his grandmother’s healing skills and leaving the place for good in search of a career in music – an element of the film that feels as though it is forced into the back seat once the more obvious genre elements kick in. Change is sparked by the arrival of a young woman, Elsa (Lou Lampros) and her father, seeking help with a mysterious patch on her back that might put veteran viewers in mind of influential horror The Blood on Satan’s Claw (1971). While Delangle’s film never strays into full blown horror territory, the fantastical increasingly impinges on the action as it seems Elsa might be taking a walk on the wild side connected to trouble that has been happening in the village.

The casting of non-professional and first-time actors, including Blondiau, who Delangle met while shooting his short documentary Du Rouge au Front (2017), adds to the strong sense of place in the film, which is also enhanced by Clément Decaudin’s score, whose strong accordion notes feel as though they could be traced back into the traditional music of the area.

Although the second half of the film, in which Jacky becomes increasingly desperate in his attempts to cure Elsa, doesn’t quite gel with the amiable set up of the first, Delangle and his co-writer Olivier Strauss succeed in maintaining an impressive ambiguity both about Jacky’s abilities and the motivations of Elsa, whose desires might not match his. Transformation, it seems, is a much trickier beast than we might first imagine, with one person’s freedom another’s curse, and Delangle leaves us to decide which we believe in.