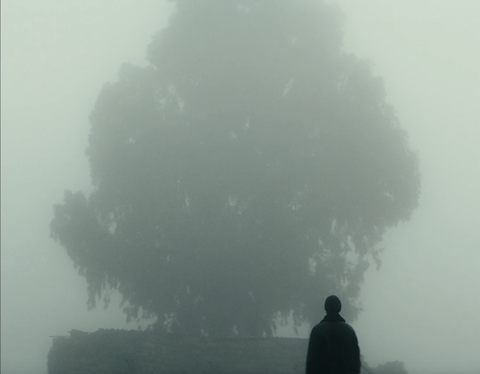 Who is ‘The Stranger’ in this strange land, the disputed Golan Heights captured by Israel back in the Six-Day-War of 1967 and now a mystical, misty terrain in Ameer Fakher Eldin’s debut feature. The surprise in this Palestinian submission to the international category of the Academy Awards is how beautiful this ruined, mountainous land looks, even after all that has happened here. Daubed in mist and fog to the point where the viewer can feel the damp set in, the land shakes with the constantly rumbling gunfire from afar.

Eldin gives us a rare insight into a land suspended in time, locked in its disputed status

Stubborn, like its protagonist, Eldin’s film is a portrait of alienation and exile. Having bowed at Venice and currently making the rounds of the Middle Eastern festival circuit with berths at Cairo and the Red Sea Film Festival, The Stranger can be a challenging watch, although there’s something about its shrouded visuals — presented in boxy Academy ratio - that always appeals, despite the tough voyage.

Eldin’s work is a timeless piece, in which 1967 feels like yesterday and the scars haven’t healed. And there’s no doubt that the gloom and smoke hang over a lingering sense of depression, dispossession, and claustrophobia. The hardscrabble inhabitants are, or were, Syrians, until geopolitics left them stranded. Now Israeli troops patrol senseless checkpoints - affably enough, but there’s still a danger. Everyone is emasculated, reduced.

Adnan is, perhaps, The Stranger of the title — although another man will arrive to ostensibly claim that role. Adnan is, as in Camus’s novel, the hero who is ‘condemned because he will not play the game’. As played by Ashraf Barhoun and written by Eldin, Adman refuses to be distracted from the existential angst that has derailed his life, decamping to his family’s orchard, where he has concocted a plan to stop the trees from freezing by building a stove.

A failed doctor - he went to Russia to study but never passed his exams - he’s a disappointment to his father (played with charisma by Mohammed Bakri), who claims Adnan “has never met my expectations, any day of my life”. He’s married, to Layla (mostly an offscreen voice), and the father of a doe-eyed daughter, but he neglects them to chew over his old wounds and feud with his father, who has disinherited him. Layla, the only female presence here, still loves him, though it’s hard to figure out why.

In this hopeless mist, even the family cow seems to be giving up, delivering bloody milk, and Adnan seems set on his own drunken downfall until he discovers an injured man on the other side of the border fence and brings him back to his hovel. It’s not clear if this man is a soldier, or a terrorist, but Adnan is suddenly shaken into a sense of purpose which rouses The Stranger from its determined doldrums.

Eldin gives us a rare insight into a land suspended in time, locked in its disputed status —poor and stranded. Cinematography by Niklas Lindschau underscores his points and turns them into a fluid visual language, even when the people in The Stranger are locked and rudderless.