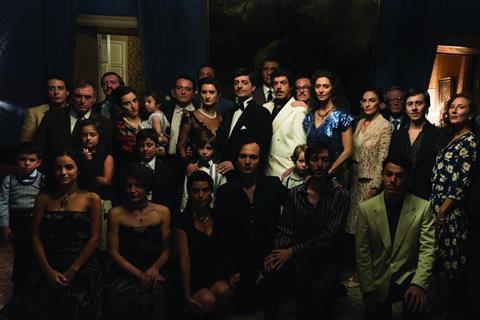 Spanning 20 pivotal years in the life of Tommaso Buscetta, a mafioso who became an informant for the Italian government, The Traitor (Il Traditore) is an immersive look at the mafia power structure and one enigmatic man’s decision to betray everything he once held dear. But as engrossing as this world is, director Marco Bellocchio can’t entirely overcome the material’s two key limitations: audience familiarity with the milieu and the denseness of detail within this true story. That said, Pierfrancesco Favino is such a commanding presence as Buscetta — imposing but also unknowable — that other concerns almost don’t matter.

Bellocchio last appeared in Cannes’ Official Competition in 2009 with another biographical tale, Vincere, and decent reviews could help propel his latest to solid festival play. The seemingly endless popularity of mobster dramas could also benefit The Traitor, especially for those who want a deep history along with the usual bloodshed and palace intrigue.

Beginning in 1980, The Traitor depicts how Buscetta (Favino), a made man, chooses to leave Palermo for Brazil, seeking sanctuary from an escalating drug war between the feuding clans. But he discovers that escape isn’t so easy — those close to him back home are killed, and the Brazilian police arrest him — and so Buscetta does the unthinkable. Making a deal with Judge Giovanni Falcone (Fausto Russo Alesi), he agrees to testify against the Cosa Nostra after being extradited to Italy.

Bellocchio places a riddle at the centre of his sweeping, ambitious drama, presenting us with a mafioso who follows his own code of conduct — even if that code isn’t clear to others. As played by the stony-faced Favino, Buscetta is a man of contradictions and mysteries who isn’t particularly forthcoming. Consequently, the brief glimpses into his inner life are teasingly evocative, such as when we catch this middle-aged criminal applying dye to his thick head of hair so it still appears youthfully jet-black.

However, the pleasure of trying to psychoanalyse Buscetta — who possibly turned on the Cosa Nostra not because of a moral awakening but because he disapproved of the organisation’s changing tactics — is mitigated by The Traitor’s complicated narrative, which includes several major side characters and multiple courtroom scenes that take place over different time periods. Bellocchio wants us to keep an eye on Buscetta adversaries such as ruthless crime boss Totò Riina (Nicola Calì) and former associate Totuccio Contorno (Luigi Lo Cascio), but despite the pungency of the performances, the supporting players tend not to be engaging enough for the time that’s devoted to them.

Likewise, when the film’s final third switches to Buscetta’s court appearances and years in witness protection in the States with his wife Cristina (Maria Fernanda Cândido), the story adopts a procedural tone which is only intermittently compelling. Equally troublesome is that The Traitor doesn’t necessarily tell us much new about the mafia’s dangerous dealings. The film digs into the minutiae, giving off an unmistakable air of expertise, but the screenplay ends up being a collection of footnotes and intriguing digressions without necessarily feeling like an authoritative handling of this sprawling material.

But even if The Traitor takes on too many incidents over its two-and-a-half hours, Bellocchio and editor Francesca Calvelli ensure a steady pace, while cinematographer Vladan Radovic gives the movie the scope and grandeur of a crime epic. But what holds the viewer isn’t the mafia machinations but, rather, Buscetta’s unbending fortitude. The Traitor doesn’t pretend to go inside his psyche, but Favino arrestingly builds a character guided by his principles — who then betrays everyone around him. That irony — one Buscetta never quite acknowledges — is potentially dramatically rich. But it’s also another indication of the story’s nagging déjà vu: this is hardly the first mafia movie to explore the limits of honour among thieves.