‘To The Moon’: DOK Leipzig Review 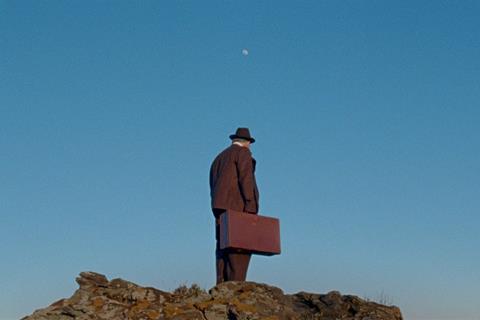 The ethereal and seductive nature of the moon and its presence in film, literature and other art forms across the planet is the basis for Irish filmmaker Tadhg O’Sullivan’s latest feature. While his previous film, The Great Wall, was a meditation on borders and what keeps us apart, here it’s a shared fascination with the Moon that criss-crosses cultures and traditions to unite which forms the focal point. He combines international writing, film clips from 25 countries and music to contemplative and atmospheric effect which, coupled with the universal nature of the moon as a symbol, is likely to see Moon secure plenty of additional festival play after Venice and DOK Leipzig.

Moon’s ebb and flow is organic

While O’Sullivan’s documentary also features also newly commissioned 16mm moonlight footage from across the globe, it’s so gracefully edited together by the director and assistant editor Jack Lunt that viewers may find it hard to spot the joins. The director also maintains a uniform 4:3 aspect ratio, which means there’s no interruption in the flow from one piece of film to the next.

The moon’s phases are referenced here in intertitles that contain phrases also indicating the mood of the segment to come, from “Earth fragment” to “loom of the Moon” and there’s immense variation in its representation on screen, from a focal point for characters gazing up to a mere wisp barely visible in the sky. Familiar references like “strange” and “beautiful” will rub shoulders with more surprising epithets, including “witless” and “indifferent”, as this cinematic survey unfolds.

There are plenty of directorial big-hitters among the line-up, including work from pioneer Alice Guy-Blaché, alongside everyone from FW Murnau and Satyajit Ray to Alexander Korda and Charlie Chaplin and a smattering of less well known names. Though cinephiles might, initially, be drawn into a guessing game of which piece comes from where, the elegant marriage of the films to the poetic voice-overs of work that ranges from James Joyce to Jennifer Elise Foerster and the mix of music – from chanson to opera to new scoring from Amanda Feery and Linda Buckley – quickly makes you forget the mechanics and embrace the mood.

That mood itself is crucial to the film’s success, with the elements curated from those found by a research team of more than 30, in a way that sustains the reflective vibe – there’s no place for any moments from modern moonlit slasher films, for example, although there is plenty here that is gothic. The bulk of the archive also dates from before 1980, which lends the film a more academic sweep. Once or twice, a selection makes a slight reach – children dancing round a maypole or in a playground in daylight – but for the most part, Moon’s ebb and flow is organic. The intertitles may nudge you towards connection but O’Sullivan has carefully woven the fabric of his film so it does the work for you, pulling you along in the same imperceptible way as the moon draws the tides.