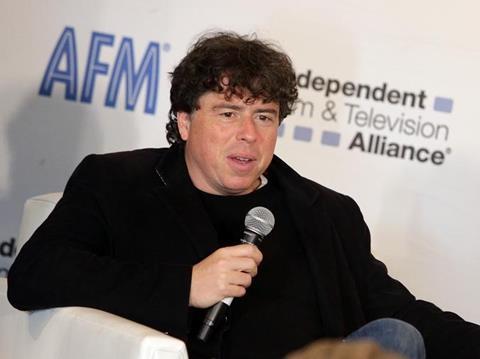 Speaking on stage to Bafta’s John Simon, the British director said: “From the start, I wanted Hitchcock to be a love story about collaboration - not a historical record of how Psycho was made.”

It was this approach that convinced producer Tom Pollock to put the documentary film-maker in the director’s chair.

“I think they interviewed 27 directors and I was number 27 on the list. But Tom Pollock said he felt in his gut that I should direct. He said: ‘Seems crazy, let’s do it anyway.’”

Gervasi was previously best known as the director of music documentary Anvil: the Story of Anvil and drew parallels between the two films.

”Anvil is about a loving relationship and collaboration over a number of years - Hitchcock is the same.”

1) “When making an indie movie you have to operate at a gut level. To work at that intuitive level is how most good, creative decisions are made.”

2) “Great material finds a way. Making movies is so hard. You go up and down. Nobody wants to give you money for anything. It is soul destroying at times, but it reveals how much you really want it, and it is possible.”

3) “What did I learn from Spielberg? He taught me fluidity, energy, precision; his level of concentration is so intense and his ability to get in and out and move on is extraordinary. I learned concentration from him.”

4) “It’s about marriage, collaboration and the passion of Hitchcock to make this movie that none of the studios would touch.”

5) “I love the story of an artist at the top of his game willing to personally finance and risk everything for something he believes in.”

6) “It was great to feel the warmth of the old Hollywood types who were at the screening because these were the people who had actually worked with and knew Hitchcock.”

7) “There are distinct worlds of colors, looks and feels in the film to capture the various worlds Hitchcock lived in - his marriage and private life and his studio world, which for him was more real than the real world.”

9) “I wanted to make a film that was a love story about his marriage and the Hitchcock state of mind set in the backdrop of the making of Psycho.”

10) “The idea of doing a love story about a man like Hitchcock who displays little to know outward emotion intrigued me from the very beginning.”

11) “Anthony Hopkins was fantastic at channeling Hitchcock - he would stay in character on set and walk up behind people and say “good evening” and freak them out. He loved to joke around on set.”