Classic cinema and contemporary clashes crossover in the latest production from Secret Cinema. 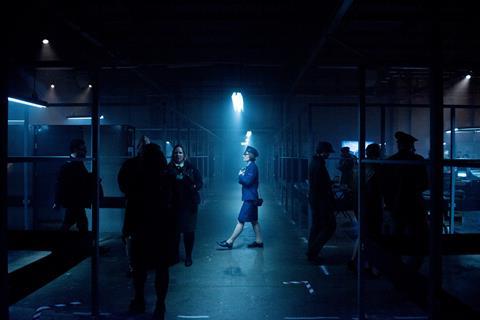 After big budget productions of Star Wars: The Empire Strikes Back and Back To The Future, event specialist Secret Cinema has returned to its roots for its latest show.

Unlike those summer productions, where the film is revealed well in advance, its latest ‘Tell No One’ show fulfils the Secret Cinema ethos and remains a mystery until the projector fires up.

In keeping with the classified nature of the production, Screen has agreed not to reveal the film, location or key elements of the evening’s events.

What we can say is that the show draws clear parallels with contemporary concerns around Donald Trump’s posturing in the US and the iron first of Russian president Vladimir Putin.

It is not the first time Secret Cinema has turned political. In December 2014, the company screened Charlie Chaplin’s The Great Dictator in response to Sony’s withdrawal from releasing The Interview, which parodied North Korea’s totalitarian regime.

And last September, Secret Cinema announced it would raise funds to bring free movie screenings to Syrian refugees in Europe, starting at the Calais Jungle camp, which French authorities have this week begun clearing.

It is a serious subject that Secret Cinema delivers with well-honed skill throughout an evening of immersive entertainment.

The company itself states of this latest show: “As with the Miller’s Crossing and The Shawshank Redemption experiences before, this 22nd production acts as a conversation opener and a platform for future discussions, encouraging attendees to share their thoughts and actively assume social responsibility.”

Involvement in the show begins well ahead of the evening, with ticketholders directed to a website that issues a new name, rank and uniform that must be worn on the night.

While it won’t get you thrown out, those that ignore such instructions can be left feeling foolish when asked for their rank, prompted to complete tasks or directed to characters with whose names you should already be acquainted. As with all Secret Cinema events, the more involved you get, the better experience you will have throughout the show.

The evening is effectively split into a few different elements. The first is orientation, where you are split into different groups and interact with several characters. The cast member to which Screen was assigned was nothing short of hilarious (intentionally).

From then on, we were immersed in the world, which quickly opened up to a warehouse full of areas to explore and more characters with which to interact.

After a climactic scene, in which the audience is rounded up, the screening begins. But the performance doesn’t end there. The cast play out key scenes throughout the movie to blur the lines between reality and the big screen.

And the performance doesn’t end there either. The party continues after the credits have rolled with live music and dancing into the night.

While much is often made of the £67 ticket price – or £135 for a VIP ticket – the evening extends over four hours and includes more than 35 actors, live music and immersive theatrical sets, which is more than can be said for many more-pricey West End productions.

Alongside its mainstream productions, Secret Cinema continues to prove itself edgy, subversive and submersive.

Secret Cinema: Tell No One runs until March 20