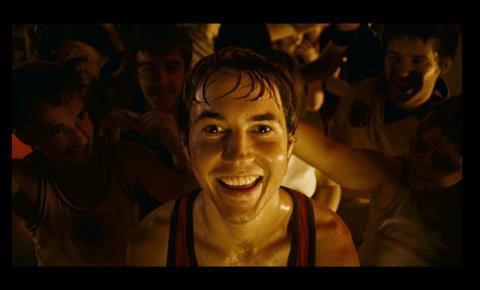 Britain’s Northern Soul music scene of the 1970s provides a dynamic backdrop to a slight, sweet-natured coming-of-age story in Shimmy Marcus’s likable SoulBoy. Comfortingly cliched in its triangular romance and dramatic arc, the film boasts a highly marketable soundtrack and a trim running time that leaves the audience wanting more.

There are absolutely no surprises in SoulBoy but the music is infectious, the period detail is unobtrusive, the sweaty dance floor sequences feel authentic.

If distributors can engage the Street Dance audience and also attract a nostalgic older crowd they should have a success. The film, which premiered at the Edinburgh International Film Festival, is released in the UK in September.

Carrying echoes of gritty kitchen sink dramas from both sides of the Atlantic (Saturday Night And Sunday Morning, Saturday Night Fever etc), SoulBoy unfolds in the Stoke-on-Trent of 1974. Working class lad Joe (Martin Compston) is smitten by hairdresser Jane (Nichola Burley, star of local dance hit StreetDance 3D) and by her passion for the burgeoning Northern Soul scene in Wigan.

Training himself in all the right moves, he starts to become a dance floor star and attracts the devotion of Mandy (Felicity Jones, last seen in Cemetery Junction) who has her sights set on art college.

There are absolutely no surprises in SoulBoy but the music is infectious, the period detail is unobtrusive, the sweaty dance floor sequences feel authentic and Martin Compston is rock solid in the role of Joe. An increasingly reliable fixture in British cinema, Compston captures all the gauche, gormless determination of Joe and spares the audience any embarrassment on his behalf by cutting a convincing figure in his soul boy dance moves.