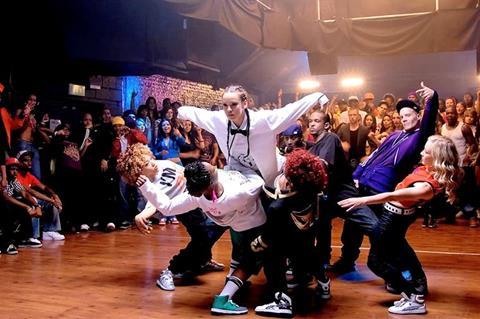 This bright and enjoyable family-friendly dance film is a bold and breezy British move to break into the 3D arena as yet untapped in terms of the successful street dance genre. The film is likely to be a big hit with the kids, with the 3D live action sequences working extremely well and the sweet-natured plot not overly hampered with anything as distracting as drama or intrigue.

Some of the 3D dance scenes are impressively staged, with the large scale set-piece routines especially stirring.

The film premieres in the UK on May 10 prior to a multi-territory roll-out on May 19, and is likely to benefit from good word of mouth; a frothy and foot-tapping marketing campaign and a safe knowledge that street dance movies have been consistent performers at the box office.

There are high hopes from key territories who largely bought the film after viewing the 3D promo in AFM and Berlin, with test screenings playing extremely well. It also – importantly - hits screens ahead of Step Up 3D (third in the successful US street dance movie franchise) which isn’t released until August.

The UK market will also embrace the fact that the film has appearances from hit TV series Britain’s Got Talent stars Flawless, Diversity and George Sampson. All have high profile in the UK for their dance skills which should help the film cross-over between the markets.

The script follows the tried and trusted format (refined in films such as Step Up, How She Move, Step Up 2 and Make It Happen) of rough’n’ready street dancers coming up alongside classically trained performers and having to learn a few life lessons before realising the two styles can mesh. Plus adding in a little romance along the way.

As StreetDance 3D opens Carly (Nichola Burley) and her boyfriend Jay (Ukweli Roach) have reached the finals of the UK Street Dance Championships with their dance crew.  But Jay walks out on her and the crew, leaving her struggling to lead the team.

Salvation comes in the form of ballet schoolmistress Helena (a stylish Charlotte Rampling), who is impressed with Carly’s enthusiasm. She offers a deal – the crew can practice in the Ballet Academy’s dance studio in return for collaborating with her ballet dancers.

Cue the expected clash of cultures as the two dance styles face off against each other. Naturally after a few minor conflicts the two sides grudgingly come to respect each other’s own ability to perform spectacular moves…plus Carly starts to fall for handsome ballet dancer Tomas (Richard Winsor).

Initially the dialogue is a little stilted, but as the film gathers pace the clichéd plot plays second fiddle to the glossy live 3D as the dancers are put through their paces. And some of the 3D dance scenes are impressively staged, with the large scale set-piece routines (involving crews Diversity and Flawless) especially stirring.

The young cast are all relative newcomers and are all suitably nimble-footed, but especially good is Britain’s Got Talent winner George Sampson, whose role as a wannabe dancer was especially written for him. Charlotte Rampling adds a little class to the proceedings, and looks completely at home as the welcoming ballet teacher.

The film marks the feature directorial debut for the pairing of Max Giwa and Dania Pasquini, who have worked together on music videos for the likes of Girls Aloud and Oasis. Wisely they keep the film fresh, bright and frothy, making good use of the London locations and delivering a film that is non-aggressive, feel-good and uplifting – certainly a movie that is perfect for a family audience.