The Busan film fest’s Asian Project Market (APM) has highlighted a “strong presence” of women filmmakers in this year’s line-up. 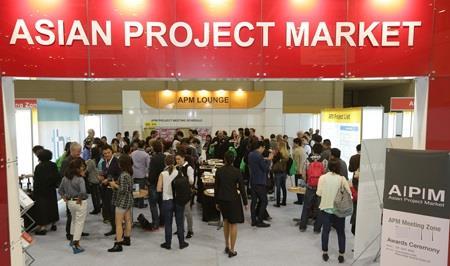 A total of 27 titles from 16 countries have been selected including projects from names including Yim Soon-rye, Tan Chui Mui and Laila Pakalnina.

In its 19th year, the APM (formerly called the Pusan Promotion Plan or PPP) said it tried to go back to its original mission of discovering up-and-coming talent with a selection that includes Pavle Vuckovic - who debuted last year in Cannes with Panama - bringing his Serbian thriller Mountain Eyes and Lei Lei with his debut feature animation Ningdu, which has Isabelle Glachant attached as a producer.

APM stated it saw “an increased interest and more submissions by female directors and producers” this year. Yim is bringing Project Lee Jung-Seob, based on the legendary Korean artist’s life, while Tan has Malaysian coming-of-age drama All About Yuyu and Pakalnina has Latvia-Estonia co-production fantasy Insect Night.

Gina Kim is bringing Korean mystery Paradise Lost and Pimpaka Towira has her Thai drama about a journalist, a masseuse and an army officer in The General’s Secret.

Busan regular Edwin is returning with his Indonesian project Love And Vengeance and 2009 New Currents Award winner Shawkat Amin Korki (Kick Off) will do so with Iraq-Japan-Germany co-production Stone Land, which follows a family’s struggles in wartime Iraqi Kurdistan.

Hospitalité director Koji Fukada is also returning to Busan as part of omnibus project Youth And Other Stories, based Mori Ogai’s historical short stories about relations between Japan and Europe.