SPC acquires Sundance entry 'Call Me By Your Name'

In a second notable pre-festival buy, the distributor has picked up worldwide rights to Luca Guadagnino’s anticipated drama from WME Global and UTA Independent Film Group. 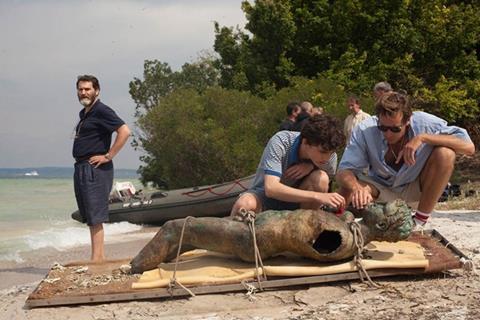 Call Me By Your Name will premiere in Park City in the Premieres strand and stars Armie Hammer, Timothée Chalamet and Michael Stuhlbarg.

Guadagnino’s follow-up to A Bigger Splash centres on a privileged youngster on summer holiday at his parents’ Italian villa when his father’s academic friend arrives.

Guadagnino is next directing a remake of Dario Argento’s 1977 Italian horror Suspiria.