The British director’s film about a young getaway driver will receive its world premiere as festival brass unveiled the features line-up set to screen in Austin, Texas, from March 10-19. 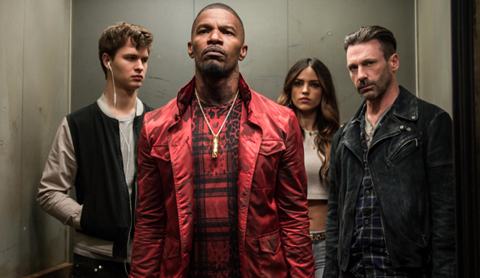 Anticipated highlights include world premieres of May It Last: A Portrait Of The Avett Brothers directed by Judd Apatow and Michael Bonfiglio, Stranger Fruit directed by Jason Pollock, and Miao Wang’s Maineland.

As previously announced, the world premiere of Terrence Malick’s Song To Song will open the festival.

Overall SXSW will present 125 features across 12 sections with additional titles still to come. The full line-up will include 51 films from first-time filmmakers, 85 world premieres, 11 North American premieres and five US premieres.

“It’s exciting for us to unveil the talent reflected in this year’s line-up. We intentionally curate a wide-ranging programme reflecting unique and new voices that examine, explore, and celebrate the creative process, the cultural zeitgeist, and glimpses of the universal through deeply personal stories,” director of film Janet Pierson said.