Directing Scottish Mussel was a lesson in figuring out what to fight for and when to concede that it’s time to chop off a leg, says Talulah Riley ahead of the film’s world premiere at the Edinbugh International Film Festival. 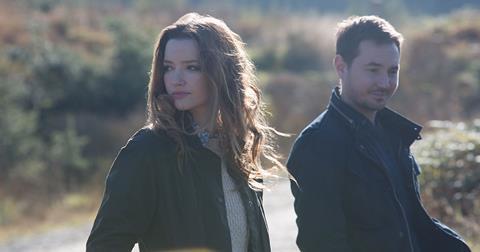 Everyone tells you that directing a feature film is a lesson in compromise.

‘Compromise?’ you think, ‘like in a relationship? Sure. I can do that!’

But triage might actually be a better word to describe the experience.

‘Triage? Like, cutting off someone’s leg, in order to save their arm, while they bleed out all over you…? Um…’

My first film, which I wrote and directed, premieres at Edinburgh International Film Festival tonight [Friday 26], and I am experiencing the expected ratio of excitement to sickening dread. I keep telling myself that I’m proud that the film exists at all.

I realise that mere existence should not be the passing grade for any artistic endeavour, but honestly, its existence does seem somewhat miraculous at this point.

Someone once told me that it takes seven years, on average, for scripts to become movies. I don’t know if this is true or not, maybe it’s just another one of those things they tell you in order to put you off the idea of even trying.

It took three years from my completing the script to the start of shooting.

As an example of how important it is to partner with the right people, it took only three months from my approaching Noel Clark and Jason Maza, at Unstoppable Entertainment, to the first day of shooting. That felt like warp speed, after the dull trudge of the previous years.

One of the most important jobs of the director, I think, is choosing the best possible team to work with.

There’s the time in pre-production, when you interview various heads of department — and each decision here will crucially alter the shape of your film. I tried to pick people who not only had an impressive body of work, but who I also found it easy to chat to.

I’m naturally quite a shy person, so being surrounded by people that I was actually able to communicate with was key. These relationships are essential to the functioning of the set.

I don’t consider it hyperbole to say that my Director of Photography, Ollie Downey, was a lifesaver. His quiet efficiency, absolute commitment to the project, and incredible patience with me, gave me much-needed confidence each day.

We were a very low-budget production, which brought its own set of challenges. We had too little time, and not enough money.

As the writer/director, the movie that plays out in your mind’s eye, the beautiful world that you’ve imagined, ends up looking absolutely nothing like the film you create in reality. The film that other people see is only a vague approximation of the story you wanted to tell.

With hindsight, the script was ridiculously over-ambitious for a first-timer: a romantic comedy, with a huge cast, set in multiple locations, featuring animals, children, and stunts. This left no time for fancy directing, stunning transitions, and glorious motifs – it was just a case of trying to shoot the story and avoid daily catastrophe.

Comedy is hard. Romance, as it turns out, is tricky too.

I think the fact that I have been an actress for over a decade, helped in lots of ways. Film sets are not alien and intimidating, they’re places of fun and frolic.

There is, of course, a greater sense of overall responsibility when you’re on set as a director – but, as you make your compromises, as you figure out what to fight for, when to hold your ground, and when to concede it’s time to chop off a leg – I think it’s important not to over-romanticise your role.

There’s something quite wonderful about watching a project that you’ve carried within you for years, like a secret, suddenly take on a life of its own, and roll away ahead of you.