Tense times for the deal hunters

There is a nervous anticipation ahead of the Toronto International Film Festival (September 10-19) as sellers wait to see whether anyone is buying. 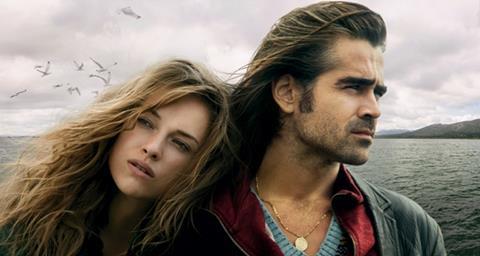 When the lights go down in Toronto’s AMC theatre on Dundas for the world premiere of gang drama Down For Life (September 12), producer Scott William Alvarez could be forgiven for stealing nervous glances at the audience.

“This is my first film as producer, so at some level my career is at stake,” Alvarez says some days before the fateful premiere. “I’m in this movie financially for everything I have. I’ve pulled together all the investors I know. All the chips are in.”

“I’m in this movie financially for everything I have. I’ve pulled together all the investors I know. All the chips are in”

These are harsh times for independent film-makers, perhaps harsher than any in living memory. Alvarez knows that to get a distribution deal, the film— which took two years to make and features what he describes as a breakout performance by former Latina gang member Jessica Romero — must catch the eye of buyers bombarded by the usual Toronto avalanche.

This year it will include new work from the likes of Neil Jordan, Atom Egoyan and Niki Caro.

It will not be easy for the established film-makers, either. Those who have extracted money from the barren financing landscape and emerged with a finished film face a dwindling number of US distributors, rendered supremely cautious by the lessons of prior profligacy, an increasingly distracted audience, stagnant DVD sales, international challenges and the colossal economic meltdown.

But there are opportunities for the prudent. Just as over-hyped entries can fail to live up to expectations, so there are the films that lift spirits, such as last year’s Venice triumph The Wrestler which sailed into Canada on a wave of acclaim and proved to be worth every bit of its weight in Golden Lion.

Fox Searchlight paid roughly $3.5m for The Wrestler in the biggest deal of the 2008 festival. Toronto has been good to Searchlight, which famously snatched Thank You For Smoking from under Paramount Classics’ nose and used the festival as an awards and box-office launch pad for Juno and Slumdog.

“It’s an unusual time given that the number of specialty distributors has shrunk, and yet I’m not sure the market for specialty films has shrunk,” says Tony Safford, executive vice-president of worldwide acquisitions at Fox, adding that he will be in Toronto scouting for titles.

“If Searchlight, Miramax, Focus and maybe Summit and Overture are not buying [your film], you fall out of the picture pretty quickly.”

Two recent examples of this are The Imaginarium Of Dr Parnassus and Agora, both of which premiered out of competition in Cannes, although Sony Pictures Worldwide Acquisitions Group is understood to have acquired the former.

“The market is still very tough. However, it’s very much a buyer’s market,” says Bob Berney, who recently resurfaced with the distributor Apparition, partly bankrolled by financier Bill Pohlad. “There look to be some very good films in Toronto but buyers will be cautious about getting into huge bidding wars. There’s an anxiety and almost panic among film-makers because there really are not a lot of opportunities to have your film picked up in ameaningful theatrical release.”

“There will always be a market for A+ projects, but it’s the $6m-$10m dramas that are tricky”

Leomax Entertainment founder Ingo Vollkammer discovered this to his chagrin recently after Anchor Bay picked up the Sundance horror title Grace, produced by Vollkammer, and released it on only two US screens. While there was no obligation to release the film on a specified number of screens, Vollkammer says it is unlikely Leomax will be able to recoup its outlay, citing a principle that “the lack of commitment and professionalism of a US distributor may cause the producer a non-recoupable loss, by not being able to capitalise on the appropriate US release, which effectively drives any movie’s foreign numbers”. Anchor Bay had not returned calls at the time of writing.

Just as distributors may struggle to raise p&a funds, so sales agents have been hamstrung by frozen credit lines and lack of equity to fund product.

Sellers are all too aware of the strategic importance of a North American deal to drive international sales, a perpetual worry compounded by the returns from brutal markets such as Italy, Spain and Japan, where interest in Hollywood fare is waning at the box office. Sellers have been forced to discount minimum guarantees to zero and, in the wake of Movie Eye’s collapse in Japan, renegotiate contracts.

For now, US sales agents will use Toronto to meet buyers and keep conversations going. “Toronto is really the beginning of the circuit,” says Essential Entertainment’s Jere Hausfater, who will be hoping for domestic deals on Don Roos’ Love And Other Impossible Pursuits and the genre title Solomon Kane—two Toronto screenings for which he is selling foreign rights.

“It gives us a chance to see what the buyers are looking for and what their needs are for the coming year.” IM Global’s Stuart Ford has Tom Ford’s (no relation) A Single Man, The Private Lives Of Pippa Lee and Cannes market hit Bitch Slap in the festival, and will show extended footage of John Wells’ The Company Men. “We feelthere’s enough to be gleaned from the footage,” Ford says.

Scarcity of product and higher cost has forced sales agents to change their role, says Nicolas Chartier of Voltage Pictures, “There are fewer movies being financed by equity, so we all have to spend more time putting together the financing.”

“People who are well financed are going to be able to bring product to the marketplace,” says CMG head Ed Noeltner, who has just secured an acquisitions fund through Brian and Jason Cleveland’s Cleveland Ltd and will be discussing several new titles.

But the product has to be made for the right price, otherwise it can become almost impossible to reach sales targets. “There will always be a market for A+ projects, but it’s the $6m-$10m dramas that are tricky,” says Bold Films executive vice-president of international sales Jim Harvey, who sold foreign on Joe Dante’s thriller The Hole. “While no film is a sure thing, many buyers are reluctant to take chances pre-buying at that level, especially if there is no US distribution.”

Pyramide International CEO Eric Lagesse says the crisis for him started more than five years ago when French sales agents realised they needed to broaden their selection and acquire foreign titles. But Lagesse, who will be in Toronto both buying films as a French ­distributor and selling them as a sales agent, remains optimistic. “People need to buy films anyway because if you don’t buy the business stops,” he says. “I am a seller and I buy as well. I need films for 2010.”

Charlotte Mickie of E1 Entertainment, which has several titles in the festival including Leslie, My Name Is Evil and La Donation, says that while the early part of the year was “very difficult” she believes things have started to recover and the climate of fear is created by broader concerns such as piracy and the prospects of VoD.

The travails of international distributors have created opportunities to snap up multiple territories for the likes of Searchlight, Miramax, Overture and Sony Pictures Worldwide Acquisitions Group, riding high on the success of District 9.

Miramax has not picked up a film at Toronto for several years but president Daniel Battsek is clear about the festival’s promise: “We go there with the intention to buy. We would absolutely consider multiple territories, if notworldwide. We are an important supplier for Disney’s international distribution channels and we do offer that as an option.”

Overture’s COO Danny Rosett echoes this. “We’re in the position to buy English-speaking and we have very close relationships with international distributors. We can partner with people and do deals creatively. For example, maybe we share in the North American upside and they share in the international upside.”

Fox Searchlight’s Safford points out that buying multiple territories or the world is very much part of the plan and the company holds on to foreign rights which go through Fox International, often after the domestic release has taken place.

“There remains tremendous opportunity for the best films,” says Micah Green, one of a group of CAA agents whose sales slate this year includes a double helping of Colin Farrell in Neil Jordan’s Ondine and Danis Tanovic’s Triage, George Clooney vehicle The Men Who Stare At Goats, which previously sold to Overture, Michael Douglas drama Solitary and thriller Get Low.

“But for a small drama without a star, there has not been a worse time.” “Film-makers have to be specific about what they will or will not do because distributors will try to save on p&a, for example —they’re just trying to keep expenses down,” says IFC’s vice-president of acquisitions and production Arianna Bocco. “The market hasn’t recovered yet and we will see a repeat of Cannes. I think it’s going to be fairly sluggish.”