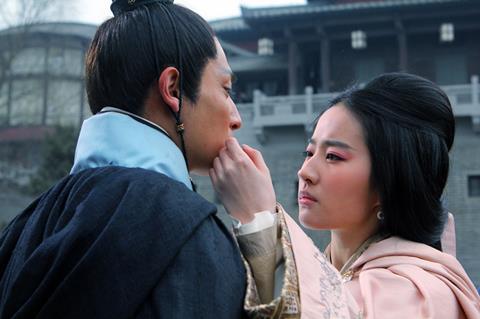 Chow Yun-fat has been ageing gracefully in the past decade, and the Hong Kong star once again lends his bearded imperial impression to the generically titled The Assassins, the latest in a long line of movies that took a chapter out of the transitional period (around 220 AD) between China’s Han Dynasty and Three Kingdoms era, which is known throughout the Chinese-speaking world with its romanticised version, the classic novel Romance of the Three Kingdom, and its countless screen adaptations, with John Woo’s two-part Red Cliff among the most notable.

Opening locally in late September (right before China’s National Day holidays), Zhao Linshan’s directorial debut performed moderately in the mainland’s cinemas and made a disappointingly minor impact on the Hong Kong box office. A solid if unremarkable take on the final years of the famed warlord Cao Cao, this bleak historical tale could benefit significantly – at least for its upcoming overseas release – from the addition of new title cards explaining the historical context at the film’s start, as well as slowing down the existing one that concludes the film, which aims to explain the characters’ eventual fates but flashes by so quickly it’s near-unreadable to most viewers.

With the main action alternating between the royal capital Xudu and Cao’s estate in Yecheng, in which his military base, Bronze Sparrow Tower (also the Chinese title of the film), is situated, the film instead opens, about a decade ago, to a mysterious slave camp for captured children training to be future assassins of Cao.

Among these victims of fate are the good-looking Ling Ju (Liu Yifei, who provides the voiceover narration) and her childhood lover Mu Shun (Japanese actor Hiroshi Tamaki): the former, owing to her resemblance to the legendary beauty Diao Chan, is assigned to serve Cao personally, while the latter is castrated and sent to serve as a eunuch in the emperor’s court. The two would form an unlikely romantic triangle with Cao.

The lovebirds’ doomed affair, however, proves peripheral to the core of the tragedy: the vicious power struggle between Cao Cao (played by Chow), his son Cao Pi (Qiu Xin-zhi) and Emperor Xian of Han (Alec Su), the last emperor of the Han Dynasty whose frivolousness and incompetence has seen him indignantly become a nominal ruler and led Cao Cao to assume control over the empire. With the astrological prediction of an impending dynasty change lurking behind everyone’s mind, the film follows the assassination attempts by Emperor Xian’s strategists on Cao, often aided by the convenient lack of interference by his own son, who privately wants the throne to himself.

While it’s more concerned with its protagonists’ emotional agony than being an action-driven epic, which it isn’t, The Assassins (Tong Que Tai) – with Zhang Yimou’s regular cinematographer Zhao Xiaoding behind the camera – nonetheless has its moments of visual wonders, including exquisitely composed shots seen through opaque mirrors and a startling late-night scene in which assassins float on a web of tightropes in mid-air.

Zhao’s endeavour to paint Cao Cao as a flawed tyrant has made a sympathetic anti-hero out of Chow Yun-fat, even if his character’s unequivocal respect for his defeated former rivals, such as the great warriors Lv Bu (Diao Chan’s lover and, as a late twist reveals, Ling Ju’s birth father) and Guan Yu (whose fabled tale is most recently retold in The Lost Bladesman), is another aspect of this engaging tragedy that’s destined to be lost to an uninitiated audience.