James Napier Robertson’s acclaimed New Zealand drama picked up a couple of honours as the 2015 Seattle International Film Festival came to a close. 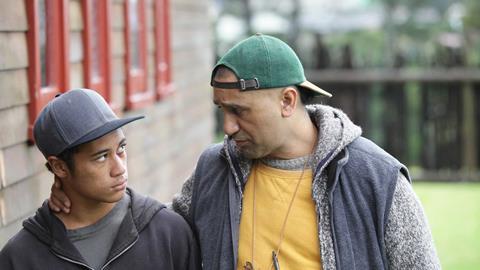 “Our 41st festival was another fantastic celebration of storytelling in all its forms,” said SIFF artistic director Carl Spence. “We presented everything from the storied cinematic past (archival screenings celebrating Martin Scorsese’s The Film Foundation and live read of the late Stewart Stern’s Rebel Without A Cause), to the iconic (Kevin Bacon!), to the independent (Jason Schwartzman and his new comedy 7 Chinese Brothers).

“With a record 92 countries represented this year and sold-out shows every night, this year’s festival was bigger than ever, but it also fittingly included a proper send-off of an iconic movie house, the Harvard Exit.

“It also highlighted Seattle’s great continuing movie houses including our own SIFF Cinema Egyptian and SIFF Cinema Uptown. And I love that we bookended the festival this year with two stellar comedies, kicking off with our Opening Night film Spy (the number one movie in America this weekend) and finishing with our hilarious Closing Night indie The Overnight. Starting and ending with laughter while travelling the world in between is a great way to mark another whirlwind 25-day celebration of cinema.”