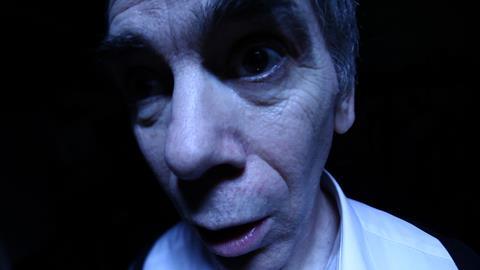 If double bills were still viable, The Devil’s Business would be the perfect B picture for Kill List. Like Ben Wheatley’s second feature, Sean Hogan’s second film - after the ghost story Lie Still and a segment of the anthology Little Deaths - mixes the worlds of British crime (presenting another English and Irish hit-man team, though here the roles of lead and sidekick are reversed) and country house Satanism. It’s a tighter, smaller-scale picture but equally adept at character-based chills, with a quietly horrific payoff. Its theatrical prospects may be hampered by the brief running time, but it plays perfectly at this length, its fat-free plot unfolding in near real-time in almost one single location.

It trades in inevitable doom rather than surprise reversals, but has a strong air of dread and menace, leavened only slightly by black jokes.

In a set-up that owes as much to early Harold Pinter as British film noir, professional killer Pinner (Billy Clarke, a familiar supporting face showing he can handle a lead) and considerably less-cool apprentice Cully (Jack Gordon) arrive at an isolated country house.

They have been sent by a gangster (Harry Miller) to eliminate Kist (Jonathan Hansler), a mystery man who is at the opera this evening (Faust, of course). The would-be killers spend time in the dark, with Cully wondering what sort of man their target is and Pinner trying not to get distracted by such concerns. The house has nasty, Satanic-seeming secrets - including a very gruesome discovery in the garage - and, when Kist comes home early, the hit does not go as planned.

Hogan’s strong script, which could easily be adapted as a stage play, is built around gradual revelations about just how terrifying and dangerous the seeming victim is. It’s mostly a three-handed drama, with Hansler’s Kist talking sinister sense even after he has been shot in the eye, and performances are all excellent.

It trades in inevitable doom rather than surprise reversals, but has a strong air of dread and menace, leavened only slightly by black jokes (Kist skips the ‘tiresome’ last act of Faust) and Gordon’s nervy comic uselessness. Reportedly made with limited resources, its tech credits equal those of far better-funded Britfilms.