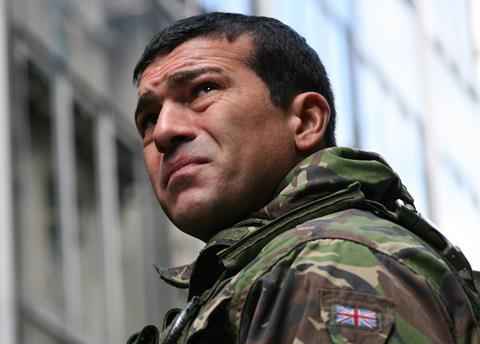 Low-budget British psychological-thriller The Last Seven begins with an intriguing post-apocalyptic set-up that manages to twist-and-turn in several directions before settling on a relatively traditional storyline that becomes increasingly obvious and loses momentum.

Though the film starts apparently as a 28 Days Later clone (scenes of an empty London are impressively staged) it gamely switches into a psychological thriller with vague fantasy elements.

There are, though, some nicely staged moments within Imran Naqvi’s ambitious London-set film, with burly Tamar Hassan delivering a suitably bruising performance. The film opens with William (Simon Phillips) waking confused and with little memory on an empty City of London street.

As he explores the area he begins to think he is only person left alive. He gradually encounters six other lost and confused people – including Special Forces soldier Jack (played by Hassam, perhaps best known for his impressive performance in The Business) – and they all struggle to remember aspects of their lives.

As they wander the empty streets they begin to be attacked, one-by-one, by the bloody ‘Angel of Death’ (played without a line of dialogue by British low-budget crime film regular Danny Dyer), with the remaining few eventually taking refuge in a restaurant…a venue that finally sparks their memories and realisation of why they are all gathered together. It is here the film takes a shift in direction, ending in a bloody climax.

Though the film starts apparently as a 28 Days Later clone (scenes of an empty London are impressively staged) it gamely switches into a psychological thriller with vague fantasy elements. Performances are strictly by-the-numbers – with same far too bland, which eventually hampers the film – but it is well paced and blessedly short and does deliver a certain amount of basic genre thrills.