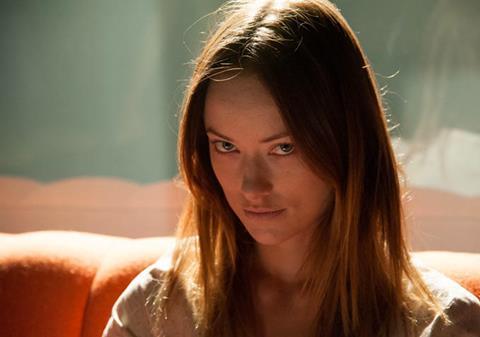 In horror stories, it’s customary for characters who want to play God to be undone by their own arrogance. But in The Lazarus Effect, arrogance isn’t the problem — it’s simple stupidity. For a movie populated with brilliant scientists, this cautionary tale about trying to raise the dead is consistently undone by incredibly boneheaded decisions, which conveniently raise the stakes and artificially increase the suspense. The feature directorial debut of David Gelb is elegantly shot and sports an impressive cast for a horror entry, including Mark Duplass and Olivia Wilde. Those pluses only increase the frustrations, however: Why play down to the basest tenets of a genre when it’s clear the filmmaking aspires to something smarter?

The most nuanced performance comes from Wilde. Playing the long-frustrated Zoe, who wants to get on with her and Frank’s life together, the actress flashes some demonic glee once her character is reanimated.

Opening in the US on February 27, The Lazarus Effect is the only horror movie in sight, but without a lot of marquee names in the cast, this Relativity release should probably keep commercial expectations in check. However, since the film is only rated PG-13, it’ll be able to cater to a larger audience than if it had received a restrictive R rating. Expect reviews to be dismissive and word of mouth to be tepid.

In The Lazarus Effect, Frank (Duplass) and Zoe (Wilde) are engaged, but their wedding has been delayed by their research into a serum that can reanimate the deceased. After having success bringing back to life a dead dog, they discover that the university is shutting down their work — and that a mysterious corporation will be seizing their intellectual property. Defying their bosses, Frank and Zoe and the rest of their team (Donald Glover, Evan Peters and Sarah Bolger) decide to do one more experiment, which leaves Zoe dead from an accidental electrocution. Not willing to let her go, Frank decides to use the serum on his fiancée, with disastrous results.

No one in the audience will be shocked that the reanimation of Zoe doesn’t go smoothly. (Presumably, that’s why audience members are buying tickets in the first place.) But Gelb (who previously made the documentary Jiro Dreams Of Sushi) and screenwriters Luke Dawson and Jeremy Slater don’t do much to enliven a familiar setup, drawing from Frankenstein, Flatliners and others. (The Lazarus Effect bears a 2013 copyright, so presumably it was dreamed up before Luc Besson’s 2014 feature Lucy, which concerned a young woman who, like Zoe, suddenly has superpowers because of advanced neural activities.)

The film’s real problem, though, is that it repeatedly puts the characters into dangerous situations they should be smart enough to avoid. To begin with, despite bringing a dog back to life — an extraordinary achievement — no one in Frank’s team appears appreciably amazed, nor do they seem all that concerned that the pooch starts exhibiting incredibly aggressive behaviour. Likewise, the decision the use the serum on Zoe is made rashly, and once she’s alive again there doesn’t seem to be enough concern about what the possible side effects could be.

No doubt the filmmakers would argue that these complaints are merely signs of Frank’s overconfidence in his own intellect. Early on, the script telegraphs the fact that Frank is a staunch believer in science as a way to explain all of life’s mysteries, while his beloved Zoe is open to the idea that religion could have some answers as well. The Lazarus Effect is meant to be Frank’s journey of grim self-discovery, wherein he comes to realise that cold reason isn’t enough in this complicated universe. But as played by Duplass, Frank isn’t a proud, tragic figure in need of a comeuppance but, rather, an unsympathetic fool whose constant refrain that everything is all right and that he knows what to do gets tiresome awfully fast.

Cinematographer Michael Fimognari has done notably moody work in horror films like Jessabelle and Oculus, and he gives the researchers’ lab a steely, claustrophobic dread, having fun with fluorescent lights and shadowy corridors. (There’s also a repeated dream sequence involving a fiery hallway that holds the key to why Zoe starts acting strangely once she’s brought back to life.) Gelb eschews gore for lingering unease, and the early stages of The Lazarus Effect hint at dark foreboding that the rest of the movie can’t deliver. Instead, there is a plethora of clichéd scare moments where characters dumbly poke their heads into frightening places or stare in one direction so long that they don’t realize something awful is right behind them. For scientists who have unlocked the secret to cheating death, they make a lot of moronic choices in this movie.

Duplass can’t do much as stubborn Frank, while the supporting cast play types, practically tempting us to guess in which order they’ll be killed. The most nuanced performance comes from Wilde. Playing the long-frustrated Zoe, who wants to get on with her and Frank’s life together, the actress flashes some demonic glee once her character is reanimated. Brought back from the dead, Zoe has an unsettling calm about her, and Wilde milks an icy, detached, almost blank stare for all it’s worth. In her dead-eyed look, Frank finally discovers the true cost of his misplaced self-confidence.