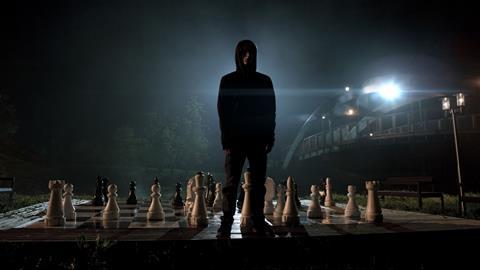 Petri Kotwica’s follow up feature to his thriller Black Ice is a similarly taut affair that – while lacking some of the subtlety and sophistication of his well-received previous film – is a technically impressive and carefully crafted work.

The film is particularly suited for a teen audience and should do particularly well at festivals catering to youngsters whilst its genre conventions should also spark some interest amongst fantasy film fests.

Eighteen-year-old Juri spends so much time playing computer games that his schoolwork is suffering and his girlfriend is threatening to leave him. Despite his intentions to quit, he is lured back by online friend Niki who is apparently in great danger. Soon Juri and Niki become involved in a strange game that gives Juri the moniker of ‘Rat King’. Seemingly innocuous at first, the game sends Juri and Niki on a series of quests that become ever more life threatening.

Recently released in Poland, the film is particularly suited for a teen audience and should do particularly well at festivals catering to youngsters (bar the odd smattering of bad language) whilst its genre conventions should also spark some interest amongst fantasy film fests.

Whilst some of the contrivances in the story require more than a modicum of suspension of disbelief and the motivations of the chief antagonist remain frustratingly vague, there’s no denying that Kotwica knows how to put together an engaging thriller with some fine set-pieces (including a lovely POV sequence that mimics classic computer games such as Doom). Use of typical Hitchcockian tropes such as double identity come across as playful rather than lazy whilst the young cast do a good job at giving believability to the film.