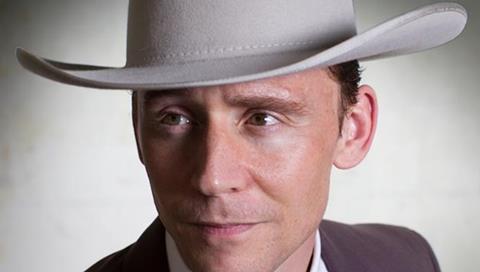 London is the subject of the seventh annual City To City programme that features world premieres of Tom Geens’ Couple In A Hole starring Paul Higgins and Kate Dickie and Michael Caton-Jones’ Urban Hymn with Letitia Wright and Shirley Henderson. Elaine Constantine’s Northern Soul gets a North American premiere.

The world premiere of Catherine Hardwicke’s Miss You Already is among five additions to the galas alongside Mr. Right, an action comedy starring Sam Rockwell and Anna Kendrick.

Matthew Cullen’s Martin Amis adaptation London Fields and David Gordon Green’s Our Brand Is Crisis get first public screenings in the Special Presentations roster with I Saw The Light.

Festival heads also announced the Wavelengths section and Short Cuts. Toronto is set to run from September 10-20. Synopses provided by festival. All listings subject to change.

“We’re thrilled to shine an international spotlight on these up-and-coming filmmakers out of London, by sharing these exciting and provocative films with our audiences in September,” said Piers Handling, the TIFF director and CEO who programmed the section with TIFF artistic director Cameron Bailey.

“We cast a wide net this year and spent days seeing everything,” said Bailey, who made the annual June trip to London with Handling. With the cooperation of the British Council, Cameron said the pair watched around 65 features at the British Film Institute.

“We saw just about every film that’s current so we got a sense of the range of production. We made some pretty tough choices. You are trying to find a balance to find the strongest and most interesting mix.”

Bailey continued: “To see Rufus Norris [London Road], who has such an important day job [as director at the National Theatre] turn his hand to filmmaking was great. Then you have George Amponsah with The Hard Stop, capturing the reality of a terrific story in the UK and using raw documentary form to put that on screen.

“There’s a real invention and diversity. Couple In A Hole is an eerie, enigmatic story, beautifully made. And then there are pure flat-out entertainment – Kill Your Friends is funny and nasty. Northern Soul I loved and first read about that music movement in the NME years ago.”

Besides Norris, Cameron noted the presence of David Farr, the playwright whose The Ones Below also made the cut. “In the 1980s it felt like a lot of the strongest London filmmakers were coming out of TV and now I think they are coming from theatre.”

“We have an excellent relationship with TIFF, and it’s a real pleasure to be partnering on this year’s City To City programme,” said Film London and the British Film Commission CEO Adrian Wootton.

“As ever, the line-up is incredibly strong, from the London strand to the wider programme which features films like High-Rise, The Program, Legend, The Danish Girl, Sunset Song and The Martian, all of which made use of the UK locations, facilities and expertise. It is a fantastic year for UK film at TIFF, one of the world’s best film festivals, and it is set to be all the more exciting thanks to London House and the opportunity it gives us to showcase the UK’s incredible offer when it comes to talent, versatility and innovation.”

Couple In A Hole (UK-Belgium-France), Tom Geens WP
A middle class British couple end up living like feral creatures in a camouflaged hole in the middle of a vast forest in France.
Cast: Paul Higgins and Kate Dickie.

The Hard Stop (UK), George Amponsah WP
Over several years The Hard Stop features Marcus and Kurtis, childhood friends of Mark Duggan, the young man whose death ignited the UK riots in 2011. Marcus was sentenced for starting the riots in Tottenham that turned into the worst civil unrest in recent British history. The film reflects the current class divisions in British society as it charts the everyday challenges Marcus and Kurtis face as they grieve the loss of their dear friend, and negotiate incarceration and unemployment while the media debate about who their friend was and the inquest into his killing plays out in the background.

Kill Your Friends (UK), Owen Harris NAP
Set in 1990s London, Kill Your Friends follows a 27-year-old A&R man — Steven Stelfox — slashing his way through the music business. Fueled by greed, ambition and inhuman quantities of drugs, Stelfox searches for his next hit record. But as the hits dry up and the industry changes, Stelfox takes the concept of “killer tunes” to a murderous new level.
Cast: Nicholas Hoult, James Corden, Rosanna Arquette and Ed Skrein.

Kilo Two Bravo (UK), Paul Katis IP
Set in Afghanistan in 2006, a group of British soldiers find themselves trapped in an unmarked minefield, setting into motion a desperate rescue mission. Based on a harrowing real life event, this suspenseful drama sheds light on the bravery, selflessness and heroism soldiers must have to avoid severely tragic consequences.
Cast: David Elliot and Mark Stanley.

London Road (UK) Rufus Norris IP
A film adaptation of the National Theatre’s groundbreaking musical by Alecky Blythe and Adam Cork about the “Suffolk Strangler” murders in Ipswich in 2006. London Road follows the community who found themselves at the epicentre of these tragic events, and uses their own words set to an innovative musical score. Cast: Tom Hardy and Olivia Colman.

Northern Soul (UK), Elaine Constantine NAP
John and Matt are changed forever when they discover American soul music. No longer satisfied with the prospect of a dead-end factory job, they dream of finding the American soul record which will make them famous DJs. Northern Soul was phenomenally popular with British youth in the 1970s, taking the North of the country by storm. This is the story of a youth culture that changed a generation and influenced songwriters, producers, DJs and designers for decades to come. This is the story of Northern Soul.
Cast: Elliot James Langridge, Joshua Whitehouse, Antonia Thomas and Steve Coogan.

The Ones Below (UK), David Farr WP
Kate and Justin are a successful working couple in their mid-30s whose lives are destined to change forever when the seemingly charming Teresa and Jon move in to the flat downstairs. Kate and Teresa become especially close when they both discover that they are pregnant. But when Teresa loses her baby in an accident, she blames Kate. After that, nothing is ever the same.
Cast: Clémence Poésy, David Morrissey and Stephen Campbell Moore.

Urban Hymn (UK), Michael Caton-Jones WP
Urban Hymn is a redemptive coming-of-age story which follows a neglected and wayward teen, Jamie, whose incredible singing voice offers an escape to a better life until she finds her loyalties torn between her inspiring, unconventional care worker and her possessive and volatile best friend.
Cast: Letitia Wright, Isabella Laughland and Shirley Henderson.

Wavelengths 1: Fire In The Brain

Previously announced was the pairing of Isiah Medina’s 88:88 preceded by Denis Côté’s short film May We Sleep Soundly.

Previously announced programming includes the lecture-performance Stories Are Meaning-Making Machines by Annie MacDonnell and Maïder Fortuné; and film installations La Giubba by Corin Sworn and Tony Romano; The Forbidden Room – A Living Poster by Galen Johnson; and Bring Me The Head Of Tim Horton by Guy Maddin, Evan Johnson and Galen Johnson.