Programmers at the Toronto International Film Festival (TIFF) announced that Isabelle Huppert, Kunle Afolayan and Genevieve Nnaji and Mark Wahlberg will be among the eight participants in the In Conversation With… series. 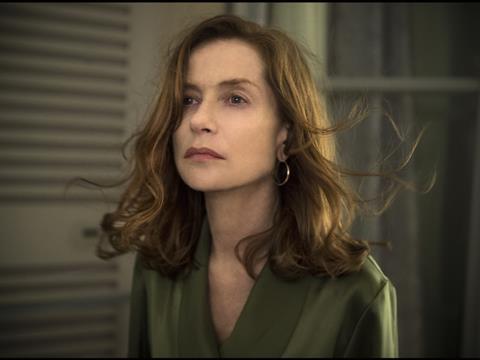 Moonlight, festival closing night screening The Edge Of Seventeen, Noces and Handsome Devil take their place in the youth-oriented Next Wave strand, while Discovery selections include The Empty Box, GODLESS, Hunting Flies and The Red Turtle.

For the third consecutive year, King Street will close to traffic between Peter and University Streets over opening weekend from September 8-11.

“Last year, Festival Street drew a remarkable 100,000 visitors in just four days. The Entertainment District is the City’s centre for nightlife, dining, live entertainment, and film, and Festival Street enhances this experience with dynamic, free programming for everyone.”

TIFF celebrates the 30th anniversary of Labyrinth and Ferris Bueller’s Day Off. Costumes are encouraged, with prizes to be won.

Food attractions include Food Truck or tables on the extended patios along Restaurant Row.

Full details of the closure, and impact on local services, will be announced on August 29.

“This year’s diverse and global slate of high-profile guests include art-house legends, Hollywood stars and industry heavyweights, who are sure to resonate with and captivate all film lovers.

“These intimate conversations bring together prestigious actors and filmmakers to share inspiring stories and candid anecdotes that reveal unexpected moments throughout their illustrious careers.”

In Conversation With… Hiam Abbass
The Palestinian film-maker and actor in Satin Rouge, The Syrian Bride and Paradise Now discusses her work.

In Conversation With… Kunle Afolayan and Genevieve Nnaji
A session with Nigerian director Afolayan and superstar Nnaji.

In Conversation With… Sônia Braga
The Brazilian-born star of Aquarius, best known for her tripartite performance in Kiss Of The Spider Woman, loks back on career highlights as well as her latest film.

In Conversation With… Isabelle Huppert
The French icon is back with another critically acclaimed performance in Elle (pictured).

In Conversation With… Mark Wahlberg
The Hollywood A-lister talks about his work and his latest role in TIFF world premiere Deepwater Horizon.

In Conversation With… Zhang Ziyi
The Chinese superstar reflects on achieving success in her native China and the global market.

Ten films screen in the youth-driven programme, now in its seventh year, picked by a committee of 12 students aged 15-18.

Five virtual reality projects celebrate the evolution of storytelling and will play consecutively, allowing viewers to experience all the projects in one sitting. POP VR will take place from September 16-18 between 9am and 9pm.

“We continue to celebrate the evolution and progression of moving image works at the Festival with POP VR,” said Bailey. “We are thrilled to share this curated virtual reality experience with our audiences and explore together where the future of storytelling will take us.”

There are two international juries to honour outstanding works in select programmes.

“This year, the TIFF Kids programme is all about perseverance and acceptance, and strong female leads are very much at the heart of these stories,” said Elizabeth Muskala, TIFF’s director of youth learning and TIFF kids programmer.

“We encourage families to join us at the festival, as TIFF is committed to inspiring children and youth to explore the world through cinema, and using film to spark important conversations at home while growing the next generation of film lovers.”

The longest film will be The Woman Who Left at 227 minutes – however the longest screening will be the full series of Wasteland in Primetime, clocking in at 449 minutes.