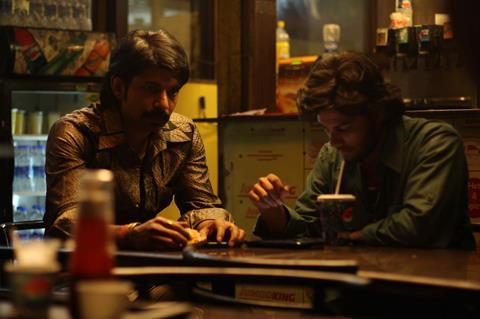 After the five-and-a-bit-hour gangland epic Gangs Of Wasseypur, the godfather of the Indian commercial arthouse sector, Anurag Kashyap, serves up a slimline two-hour hard-boiled crime thriller with Ugly. But the running time is the only thing that’s restrained about this lazy kidnap caper, whose hints of Fargo, echoes of Old Boy and touches of Tarantino are compromised by the story’s sprawling lack of discipline.

There’s a point when we suspect an elaborate Soderbergh-style set-up premise, and another when the lack of answers of The Searchers or Memories Of Murder looms on the horizon.

Indian press reports suggest that an against-the-clock edit to ready the film for Cannes could be part of the problem, though while a shorter recut may deal with the frequent drops in tension and confusing narrative leaps, it won’t fix the script’s penchant for hastily-sketched characters.

At least there’s a gritty visual verve to this switchback number with its cast of increasingly disreputable goodies and gradually redeemed baddies that may endear it to Asian genre fans – as much those who mop up Johnnie To and Korean noirs as fans of off-Bollywood Indian cinema. Picked up just before Cannes by sales company Elle Driver, Ugly could benefit commercially from Kashyap’s rising star, and follow Gangs into late-night and specialised theatrical slots.

Set over the course of a week in a chaotic Mumbai of claustrophobic urban spaces and relentless hustling for profit, Ugly kicks off with the disappearance of Kali (Shrivastava), a chubby-cheeked little girl. She’s the daughter of struggling actor Rahul (Bhatt) and depressed, alcoholic Shalini (Kolhapure), who are separated. Shalini is now living with police chief Bose (Roy), who immediately suspects Rahul and his equally penniless casting director friend Chaitanya (Kumar Singh) of kidnapping and sequestering the girl to screw money out of him.

But although it’s entertainingly indulged in a comic-dramatic police station scene where Rahul and Chaitanya are being taken to account for Kali’s disappearance, the meandering nature of the investigation robs the story of urgency and causes it to run out of steam not long after the mid-point.

Gradually it dawns on us that neither Rahul nor Chaitanya are saints; at the same time the violent, tyrannical Bose thaws out a little as we see him begin to take the investigation seriously. There’s a point when we suspect an elaborate Soderbergh-style set-up premise, and another when the lack of answers of The Searchers or Memories Of Murder looms on the horizon.

In the end we get neither, just a bleak reflection on the way that the ugly city corrodes human nature. That’s just fine, but the story’s too flabby, and downright confusing at times, to hammer the point home effectively. The random use of the chart hit One Day/Reckoning Song in one montage sequence sums up Kashyap’s scattershot approach.