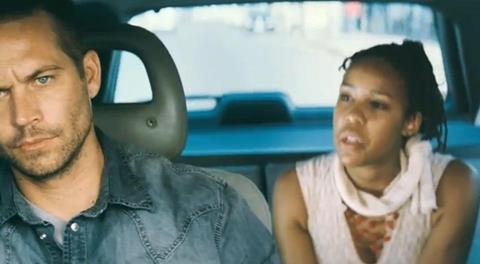 This attractively made South African-set action thriller looks to piggyback on star Paul Walker’s action-man credentials from his lead role in the Fast & Furious franchise, and while it features plenty of nicely staged thrills’n’spills its low-budget origins mean its most likely home is limited theatrical before solid home entertainment.

Paul Walker is an effective and handsome lead and retains a look of brooding intensity that is appropriate for the role.

The novel twist of Vehicle 19 is that it is shot entirely from inside the car, which means plenty of smart camera moves and staging from writer director Mukunda Michael Dweil. It also naturally limits and challenges the drama and though the plot is familiar the film moves at a smart pace with the locations – glimpsed outside the vehicle – intriguing and important to the plot.

Vehicle 19 has opened in several Middle Eastern territories, and opens in the UK just prior to the arrival of Fast & Furious 6.

The film opens with a series of nice close-ups of the good-looking and blue-eyed Walker in the middle of a high-speed chase. The film swiftly switches back to his arrival in South Africa and a mix-up at the car rental agency that sees him driving off in a mini-van rather then the sedan that he had booked.

Michael Woods (Walker) is a recovering alcoholic who has broken his parole to head off to South Africa to try and reunite with his girlfriend Angelique. His journey is stressful enough given he has no ides where he is going, but get even more complex when he finds a silenced automatic in the glove compartment and a bound and gagged woman in the luggage space.

She is Rachel Shabangu (Naima McLean) and turns out to be a prosecutor who has gathered evidence against the local chief of police linking him to conspiracy and sex trafficking. What follows is pretty predictable stuff – he is torn between wanting to do the right thing while also worried about being caught for breaking parole, while she tries to convince him to contact the authorities and listen to her arguments.

The conceit of always keeping the camera inside the vehicle means that the film can look overstylised at times, and finds it hard to overcome the expected sense of claustrophobia. But Paul Walker is an effective and handsome lead and retains a look of brooding intensity that is appropriate for the role.