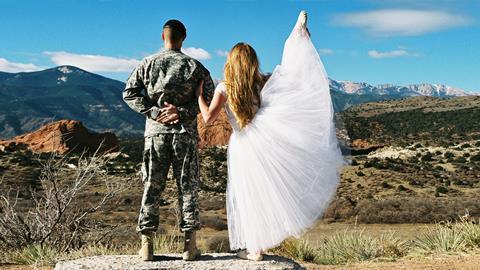 An intriguing glimpse into the touchy-feely faith and lifestyle of a modern American Evangelical family, Virgin Tales focuses on the recent trend for ‘virginity pledges’ among Christian teenagers and young adults in the US. What this slickly shot and edited (but rigorously non-interventionist) documentary does well is to raise questions, especially about the effectiveness of such attempts to stem the tide of human nature; and its deft selection and arrangement of reams of footage brings some dramatic bone structure as the political agenda behind this happy return to old-fashioned family values is gradually revealed. But Virgin Tales is slow to make its points, and is at times too frustratingly reticent; it might have benefitted from being more open about how its subject family were chosen and what were the conditions of access.

Fascinating in parts, chilling in others, Virgin Tales is half a satisfyingly ambivalent, non-judgemental study of a major contemporary phenomenon, half an arm-wrestling match between the revealing documentary maker and the controlling subject.

Premiering at the Visions du Reel festival in Nyon and at Maryland’s Silverdocs festival before it travelled to the Appellation Suisse sidebar at Locarno, this is a documentary that will certainly see more festival action, though it is unlikely to notch up many theatrical engagements beyond its prestige Swiss outing in June. TV and cable sales, however, look more than likely.

It takes a while for the audience to realise that the Wilson family of Colorado Springs are not some random Christian family with kids who have taken the virginity pledge, but big cheeses in the ‘purity’ movement. We see Randy Wilson – a pastor and Evangelical lobbyist who has something of Lyle Lovett about him, mixed with the Tom Cruise of Magnolia – blessing his kids one after the other as they shuffle towards him on their knees in the living room.

We see his daughters preparing for a Purity Ball (a concept invented by Randy, it is later revealed), where fathers chaperone their daughters to a ritualised ceremony in which the girl promises to remain pure until marriage and the father promises to protect and guide her in her choice. One father even puts a ring on his daughter’s finger as a memento of her oath. If that sounds creepily Freudian, it is. Virgin Tales reveals a society in which men are firmly in control, and daughters are taught that college is a waste of money as they can find true fulfilment only in marriage and babies.

Director Von Arx adopts an equally purist fly-on-the-wall documentary style, which is broken only rarely by an interviewer’s off-camera question. But the problem with letting her subjects reveal themselves in this way is that the Wilson girls and boys are either genuinely comfortable with their decision to put off sex until marriage or very clever at presenting a united front as a happy family with no big hang-ups, other than the tendency to fast forward through teen movie sex scenes.

We do question the façade at times – especially, in the film’s single most effective moment, near the end, when we see the ‘family blessing’ ceremony repeated for the benefit of a packed auditorium at an Evangelical home schooling convention. But to say that the Wilsons are a self-promoting showcase of the purity movement – a kind of virgin-pledge Jackson 5 – is not the same as to say that they are hypocrites.

Fascinating in parts, chilling in others, Virgin Tales is half a satisfyingly ambivalent, non-judgemental study of a major contemporary phenomenon, half an arm-wrestling match between the revealing documentary maker and the controlling subject. It’s a difficult fight to call: true, a couple of final overlay captions deal a devastating blow to Randy Wilson’s claims of the effectiveness of chastity vows, but in being forced to use them, the director has forfeited her own documentary chastity.