EXCLUSIVE: Amazon’s five most popular original shows in the US, UK and Australia are struggling to keep pace with the best offerings from HBO and Netflix, according to research by Parrot Analytics. 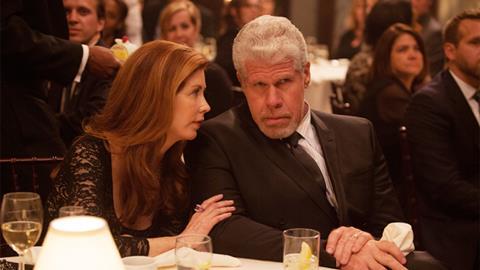 The findings are contained in a new report that the Los Angeles-based data-science company has made available exclusively to ScreenDaily called ‘Incumbents And Challengers: What’s The Current Status?’

The study analysed demand for the five most popular shows on HBO, Netflix and Amazon in the US, UK and Australia using Parrot’s bespoke global content demand methodology.

CEO Wared Seger claims that by analysing a multitude of online consumer and social media activity, his team can deliver more accurate data than traditional survey and panel-based linear measurement in an age of multiple platforms and fragmented consumer base. BBC Worldwide is among Parrot Analytics’ client roster.

A Demand Rating ranges from zero to 100+ and interactions are weighted by effort of demand, so that a stated desire to watch the second episode of the third season of House Of Cards, for example, indicates stronger demand than vague praise for the first episode.

Parrot Analytics averaged the Demand Rating and Demand Expressions for 15 titles from the three services across the three markets in September.

The reports labels Amazon ‘a follower’ as its top five shows in the US, UK and Australia as determined by the demand metrics occupied the bottom slots across all three territories.

Thrones finished more than 16 points ahead of the next best show in the UK, HBO’s True Detective, but only narrowly beat Netflix’s Orange Is The New Black in Australia, which ranked second on 84.10.

When the fantasy epic is removed from the equation, demand for HBO and Netflix was roughly neck-and-neck everywhere. The difference between average demand for their titles was closest in the UK.

In Australia, Game Of Thrones just edged ahead of Orange Is The New Black with 1.79m Demand Expressions against 1.73m for its Netflix rival. True Detective ranked third on 720,022 followed by HBO stablemate Ballers on 517,945 and Netflix’s House Of Cards on 463,106.

Amazon titles occupied the bottom five slots as they did in all three markets and the best of the bunch in Australia was Hand Of God on 151,032.

In the UK Game Of Thrones was the runaway leader on 6.48m Demand Expressions, followed by the Netflix show Narcos on 2.24m, True Detective on 2.14m, Orange Is The New Black on 2.07m and Ballers on 1.42m.

Interestingly Amazon’s The Man In The High Castle was still in pilot stage in the UK but drew nearly three times as mch demand as Mozart In The Jungle, a fully released show. The former ranks second last in the UK on 264,767 compared to Mozart on 90,137. The top Amazon show is Hand Of God (pictured) on 897,146.

In the US, Game Of Thrones scored 28.26m Demand Expressions versus 14.28m for Narcos in second place. In third was Orange Is The New Black on 7.99m followed by the HBO duo of True Detective and Silicon Valley on 7.84m and 6.34m, respectively.

Netflix’s Narcos is the company’s top title in the US as opposed to Orange Is The New Black in the UK and Australia. House Of Cards does not even make it into Netflix’s top five titles in the US.