The titular Captain faces off against Iron Man in Marvel’s next superhero blockbuster. 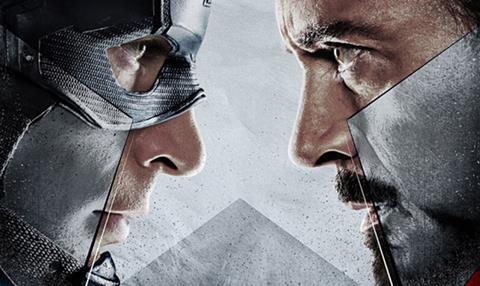 Marvel has released the first trailer for Captain America: Civil War, the forthcoming entry in their comicbook franchise.

While the film is technically the third entry in the Captain America series, following 2014’s The Winter Soldier, many consider it a de facto Avengers film (following on from Age Of Ultron earlier this year) because many of the ensemble cast will be making appearances.

Tom Holland will also debut as Spider-Man in the film, ahead of the web-slinger’s currently untitled reboot that will be released in 2017.

Captain America: Civil War is scheduled for an April 26 2016 release in the UK, and will bow a week later in the US on May 6.