UK-Spain production Ways To Live Forever, aims to be a life-affirming and funny story…about two kids with leukemia. The film is now in post with an eye on Toronto. 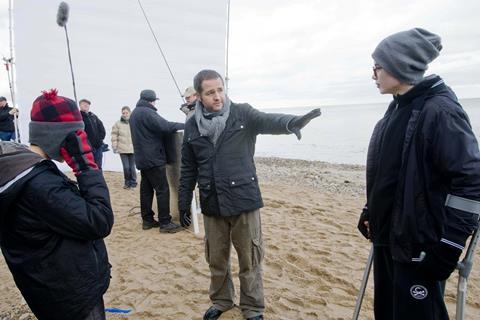 The premise might sound like a tough sell — two young friends with leukemia wants to know the facts about dying and are obsessed with making lists. But Sally Nicholls’ 2008 novel Ways To Live Forever was a huge hit with readers and critics. And a team of UK and Spanish filmmakers knew they wanted to bring the story to the big screen. They fought off other keen bidders to secure the rights to the book about a year ago – “we hung in there, pressed hard,”  producer Martyn Auty explains.

Producer Auty of London-based Life & Soul Productions had been wanting to develop a project with Madrid-based writer/director Gustavo Ron of El Capitan Pictures, and Ron fell in love with the novel.

The story is not as depressing as it might appear on paper, Auty says. “What attracted me to the project is that it’s a story of two kids who have leukemia, and you think, ‘Oh, big downer’. But it’s very life asserting and upbeat, it’s funny, it’s true to kids’ experiences. And in the performances there’s something that says, ‘If I’m going to die I want to make the best of the time I have.’”

After securing the rights, the team quickly raised £2m (mostly from private equity) in two months and shot the film in November and December 2009 and are now in the final stages of post-production and should be finished by the first week of June. They will screen at the London UK Film Focus in June and then are aiming for a slot in Toronto. Intandem Films is handling international sales (outside of Spain) and the Spanish theatrical launch is likely for Christmas 2010.

Formato producciones, which had worked on Ron’s previous feature Mia Sarah, came on board as executive producer and offering post-production services. Executive producers are Javier Gozullo, Andres Barbe (Formato), and Sandra Jobling (Coastal Productions). Because the project shot in and around Newcastle, Northern Film & Media also came on board.

The filmmakers wanted to shoot outside of London and they became enamored with the vibe in Newcastle, shooting exteriors there but also finding a 19th-century railway shed that they could use as studio space for interiors. “I hope some of the character of the Northeast has gotten into the film,” Auty says.

Casting director Matt Western is “particularly good at finding kids,” Auty notes. They saw about 250 children before deciding on the young leads as Alex Etel (The Water Horse, Millions) and Robbie Kay (who has since been added to the cast of Pirates of the Caribbean 4). The adults among them are Emilia Fox, Ben Chaplin and Greta Scacchi.

Spain’s Miopia Efectos Visuales is creating eight short digital animated sequences to transport the viewer into the world of the kids’ imaginations – those will be added in the final stage of post.

More info on the project is available at the film’s website.