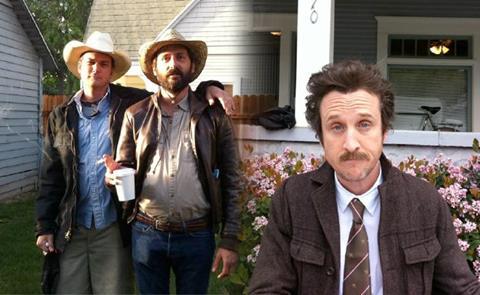 Director/screenwriter/cinematographer/editor (not to mention co-composer) Quentin Dupieux’s last film was the 2010 cult hit Rubber, the horror satire infamous for its deadly, unlikely villain: an abandoned tire. With his new picture, Wrong, Dupieux shows no interest in making any inroads toward the mainstream. A wilfully bizarre deadpan comedy that lacks the clear, clever hook of Rubber, Wrong offers zero apologies for its non sequitur humour and disjointed narrative. You either accept Dupieux’s film on its own terms or you’re in for a long night.

Screening as part of Sundance’s World Cinema Dramatic Competition, Wrong will need to capitalize on genre fans’ familiarity with Dupieux’s Rubber. With no major stars – and a storyline that will be hard to encapsulate – Wrong seems destined to be a festival/arthouse curiosity that won’t significantly expand Dupieux’s audience, which (one suspects) is completely fine with him.

Moving away from the tongue-in-cheek horror of Rubber, Dupieux focuses most of Wrong’s storyline on Dolph (Jack Plotnick), a lonely Los Angeles resident who wakes up one morning to discover that his beloved dog Paul has gone missing. His search to track down the pet gets him mixed up in several misadventures, including run-ins with a bird-brained pizza-delivery employee (Alexis Dziena) and a kooky dog guru (William Fichtner) who may hold the key to Paul’s whereabouts.

Drawing comparisons to the surreal absurdity of David Lynch’s films and Charlie Kaufman’s screenplays – not to mention the deadpan style of a Coen brothers comedy or Steven Soderbergh’s mid-‘90s experiment Schizopolis – Wrong is a hopelessly hit-or-miss affair, its shuffling from one character to another sometimes leading to enjoyable bits while other times descending into tedium. Dupieux has previously demonstrated a skill for playful storytelling and striking visuals, but too often Wrong’s unconventionality feels like a creative cul-de-sac that isn’t about anything other than its own defiant strangeness.

To the film’s credit, the cast is all on Dupieux’s cockeyed wavelength, delivering understated, straight-faced performances that put the movie’s nonsensical gags in sharper relief. (For example, one of Wrong’s supporting characters refuses to admit that he’s an avid jogger, while another solely wanders around giving cars new paintjobs.) Wrong inspires raised eyebrows more often than outright laughs, but the film’s hipper-than-thou aura is greatly helped by actors who all seem caught up in the same loopy, blissed-out spell.

As the movie’s calm centre, Plotnick capably handles his beleaguered-everyman role, but his consistently muted reactions to all around him ends up producing increasingly diminished returns. However, Fichtner is a hoot as the possibly demented dog guru. Adopting a mysterious accent and behaving as if he’s just back from a lobotomy, Fichtner alone elevates Dupieux’s cheeky bizarreness into something genuinely memorable and funny. For as much as Wrong goes for sniggers, the movie’s weird digressions don’t suggest anything deeper or more universal being satirized. It’s quirky for quirky’s sake, which (despite Fichtner’s best efforts) doesn’t add up to much.