Year of the heavyweights

Cannes has invited the A-list world of cinema to a festival that is ready to excite critics and prise open dusty wallets. 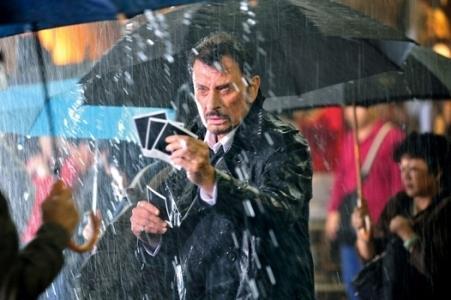 This year’s Competition line-up is a 500lb Cannes gorilla: 20 films from directors, who, between them, have competed for the Palme d’Or on 48 previous occasions (not counting the odd withdrawal of a film for political purposes). Only one director — Isabel Coixet — has not competed before, while Ken Loach has been in the ring on 10 previous occasions. Alain Resnais fielded Hiroshima Mon Amour in 1959; Brillante Mendoza was on the Croisette just last year with Serbis. There will not be a single first-timer — no candidate for the Camera d’Or — walking up the steps of the Palais, only four Palme d’Or winners, the holders of 13 Jury awards and big, big names in world cinema including Pedro Almodovar, Ang Lee and Michael Haneke, still competing for their elusive golden statue in its distinctive red box.

Cannes is giving the business sexy projects with — excluding the biggest of the big-ticket auteurs — the sales field wide open and buyers interested. These directors are all known quantities.

It is worth noting what is not at Cannes: Asia dominates this year’s selection, but Latin America is completely omitted from Competition or parallel screenings, as are the former Eastern European territories, Russia and India. The Middle East and Africa are given the briefest of nods in special screenings, while Un Certain Regard is left to fly the flag marked ‘rest of the world’. This is a festival, it would seem, which is paying attention to an industry struggling in the middle of a recession for the type of sales and media excitement generated by these names. Cannes is giving the business sexy projects with — excluding the biggest of the big-ticket auteurs — the sales field wide open and buyers interested. These directors are all known quantities.

If there is a theme at the outset, it is one of cross-cultural explorations between Asia and Europe — in particular, France. Taiwan’s Tsai Ming-liang brings his Face to France; the story of a director filming a movie there, it stars Laetitia Casta, Fanny Ardant and Jean-Pierre Léaud alongside cameos from Jeanne Moreau, Nathalie Baye and Mathieu Amalric. Johnnie To’s Vengeance fields the story of a former assassin, now a French chef, who comes to the director’s native Hong Kong to avenge his daughter, whose family was murdered. His star is none other than Johnny Hallyday. Gaspar Noé’s Enter The Void has newcomer Nathaniel Brown’s character and his sister, played by Paz de la Huerta, living in Tokyo and selling drugs when he is fatally wounded in a gang raid. And Isabel Coixet’s Map Of The Sounds Of Tokyo also features a contract killer, this time working as a fish-seller in the Japanese capital. Even Park Chan-wook’s vampire drama Thirst features French actor Eriq Ebouaney.

If there is a theme at the outset, it is one of cross-cultural explorations between Asia and Europe.

Between that and China’s Lou Ye (Spring Fever) and Brillante Mendoza (Kinatay) from the Philippines fielding films shot in their own countries, Asia is clearly on France’s mind; more so than the US, where Taiwanese-born Ang Lee and Quentin Tarantino fly the flag with Taking Woodstock and Inglourious Basterds, respectively. And although advance word is strong on the festival’s opening film, 3D animation Up, the latest from Disney’s Pixar, it lacks A-list oomph. It is about a 78-year-old man (voiced by Ed Asner; Christopher Plummer is his nemesis) who takes his house on a balloon trip with a young boy stowaway. Neither Asner nor Plummer will be in Cannes, although Charles Aznavour, who is voicing the French version (which will not be shown) might be in town.

Outside the Competition, France is focusing less on Terminator-sized studio openings this year, and more on splashy, expensive independently financed features such as Alejandro Amenabar’s Agora, set in Roman Egypt, and Terry Gilliam’s no-doubt extravagantly imaginative The Imaginarium Of Dr Parnassus, which is an all-star affair — the late Heath Ledger in his final role, Johnny Depp, Jude Law, Colin Farrell and again, Christopher Plummer as Dr Parnassus. Drag Me To Hell brings Sam Raimi’s genre horror to the Croisette while, from France, Michel Gondry turns up with documentary L’Epine Dans Le Coeur. Fanny Ardant is a late addition with Cendres Et Sang (literally, Ashes And Blood), which she also wrote.

Outside the Competition, France is focusing less on Terminator-sized studio openings this year, and more on splashy, expensive independently financed feature.

Un Certain Regard spreads its wings further geographically, with two titles which have already screened at festivals in their home market — Australia’s Warwick Thornton with the Adelaide festival’s Samson & Delilah and Lee Daniels with his stunning Sundance winner Precious — providing advance buzz (other Sundance titles include Amreeka, Humpday and I Love You Phillip Morris over in Directors’ Fortnight, where, despite director Francis Ford Coppola feeling the need to issue a statement denying his Tetro would screen in an out-of-competition slot, his latest, with Cannes darling Vincent Gallo, will open the section).

It is an exciting follow-on to Cannes 2008 which, despite the chill of a global credit crunch, brought the world Waltz With Bashir, The Class, A Christmas Tale, Il Divo, Gomorrah, Changeling and Che. Let the games commence…