Zurich: Harvey Weinstein says Trump "appeals to the worst in us" 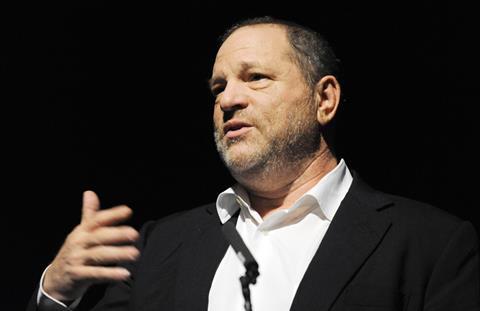 “It’s a tough time for America right now, and we’ve just got to work hard and we’ve got to win [for Clinton],” Harvey Weinstein told press on the first day of the Zurich Film Festival, where his awards hopeful Lion got the event underway.

“We’re living in a tough time. I just saw CNN showing scenes of Charlotte, North Carolina, that look like The Battle Of Algiers,” Weinstein said of the city that has seen widespread protests since a police officer shot and killed an African-American man on Tuesday.

Talk turned from Oscar voters to American voters as fervent democrat Weinstein, appearing in Switzerland for the European premiere of the Garth Davis directed drama, was asked if he’d move to Canada if Donald Trump were elected US president.

“I’ve known Hillary Clinton 20 years. The allegations about her being untrustworthy are not true,” he said.

“I don’t think anything she did [with email servers] was intentional. The Clinton Global Initiative has the highest rating of any charity in America, and probably as good as any charity in the world, and I’m proud I’m part of that too.

“It’s insane that she doesn’t have the trustworthiness and it’s the only thing keeping her from winning. I don’t want to move to Canada, but I certainly don’t want to see Donald Trump [win] with bigotry and racism.”

Weinstein, who has hosted Clinton fundraisers this year, continued: “This is the worst I’ve ever seen it. This is not Mitt Romney or Robert Dole, or anybody you could afford to have as president.”

The Oscar season veteran didn’t mince his words when it came to Clinton’s opponent.

“Ronald Reagan ran the country and it survived. This is not George W. Bush. This is really serious. It’s somebody appealing to the worst in us.”

Weinstein was speaking on the same day that a video was released in which a number of Hollywood stars implore US citizens to vote.

The Joss Whedon-led video included Mark Ruffalo, Martin Sheen, James Franco, Julianne Moore and Neil Patrick Harris, with actor Don Cheadle referring to one candidate as a “racist abusive coward who could permanently damage the fabric of our society.”