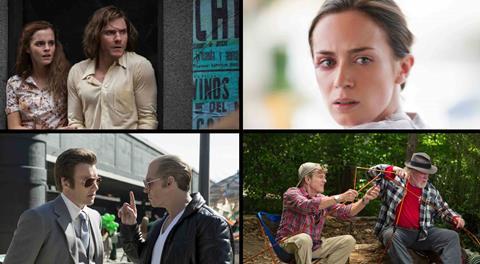 The Zurich Film Festival (Sept 24 - Oct 4) has added six titles to its gala strand, which will eventually comprise around 30 productions.

Other titles include Denis Villeneuve ‘s drug war thriller Sicario, which debuted at Cannes; James Ponsoldt’s The End of the Tour, which premiered at Sundance; Ken Kwapis A Walk In The Woods, starring Robert Redford and Nick Nolte, which also bowed at Sundance; and Anton Corbijn’s Life, which first played at the Berlinale and stars Robert Pattinson as a photographer sent on an assignment with James Dean (Dane DeHaan).

Galas announced to date now include: