Jeremy Irons has said he relishes the extraordinarily diverse roles he has played recently. 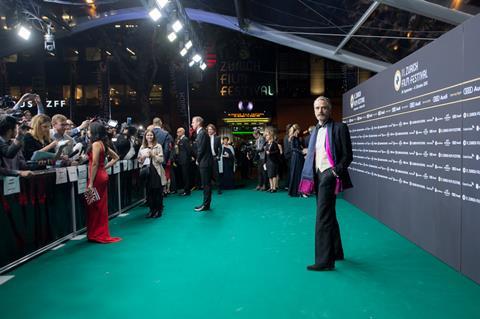 The British actor - set to be seen in upcoming blockbuster Batman v Superman: Dawn of Justice - was speaking at the Zurich Film Festival, which features two films in which he stars.

“[My roles] tend to be very disparate, because I tend to get easily bored and don’t want to do the same thing all the time,” he said at The Man Who Knew Infinity press conference.

“Filmmaking itself is quite slow and repetitive and so you have to be interested in the subject or the theme of the movie, or the character, that feeling is more so as I get older.

“The reason I was drawn to this film [Infinity] was Matt’s passion to make it.  When I see that passion, I gravitate towards it because it’s a fairly rare quality.

“This whole period, this whole story I knew nothing about. Unlike Stephen [Fry, who co-stars], I know practically nothing about anything, including [Srinivasa] Ramanujan (the genius Indian mathematician, played by Dev Patel, that Irons’ character mentors).

“This is a fascinating story to see an instinctive ill-educated Indian working with a closed typically English Cambridge don, this has to be fuel.”

High-Rise was a different kind of fuel, and he declared that the film is “extraordinary”.

“I said to the producer Jeremy Thomas, ‘Why do I never make English independent films? There is interesting work going on,’ And he said, ‘Because you are too expensive.

“I said, ‘That’s ridiculous I’ll do anything for anything really if I want to’.”

“One does Batman v Superman to try to remain in the swill of high-budget movies that are seen by everybody so that one can help the budget for films like this [Infinity].”