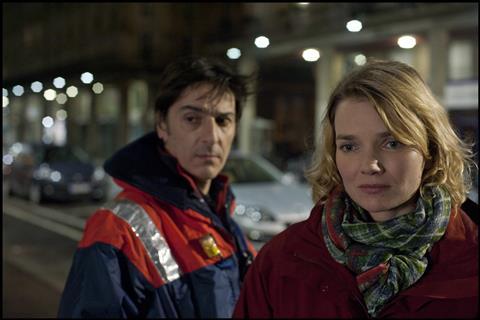 A thought-provoking crime drama directed with control and style by writer/director Lucas Belvaux, 38 Witnesses (38 Témoins) was an intelligent opener for the Rotterdam Film Festival, with distributor and other festival interest likely for this timely and adult drama. It may lack the thrills the subject matter might appear to call for, but its chilly tone might well appeal to art house fans.

Belvaux is impressive in how he recreates the crime itself, developing a dark sense of deception and danger.

Based on the novel Est-ce ainsi que les femmes meurent? by Didier Decoin, the film features outstanding performances by Sophie Quinton and Yvan Attal, and confirms Belgian actor-turned-director Belvaux (who made Trilogy and Rapt) as a talent to keep on watching.

The story is based on the 1964 murder of Kitty Genovese and the subsequent anger around the fact that 38 people who witnessed the crime failed to intervene or even call the police. In the hand of Belvaux 38 Witnesses is more moral maze than police procedural, with characters kept an arms length until the film’s closing section.

When a 20 year-old woman is stabbed in the hallway of her Le Havre building her neighbours eventually tell police that they heard nothing. Louise (Sophie Quinto), who lives in the building but was away on a business trip in China at the time of the killing, can offer little to the inquiry, but starts to ask her own questions on her return.

Her husband Pierre (Yvan Attal, who stared in Rapt) initially says he was working the night shift at the port, but later admits to hearing scream – a confession that has implications for the police, and for the neighbours who simply want to ignore the crime.

The Le Harve locations (handled in a rather different style than Aki Kaurismaki did in his recent film) add much to the atmosphere of disquiet and gloomy danger, while Belvaux is impressive in how he recreates the crime itself, developing a dark sense of deception and danger.