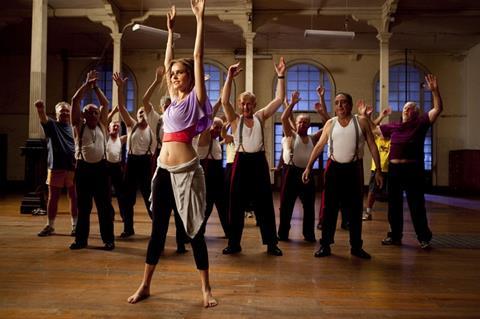 In league with cinematographer Robert Humphries, Gale Edwards fills the screen with colour, movement and detail.

Local distributor Hoyts is giving A Heartbeat Away a 73 screen multiplex release (from March 17) and clearly sees it as an Easter ‘family film’, with a middle-aged marching band for the oldies and a rock band for the kids. For the story revolves around the father/son conflict between bandmaster Edwin and his wide-eyed guitarist son Kevin (Sebastian Gregory). When dad gets hit by a passing truck, son must take over conducting duties for the Regional Championships.

But while Brassed Off had a desperately real social background ‑ the deliberate winding-down of the area’s mining industry ‑ Heartbeat is set in a mythic Queensland fishing village whose villainous Mayor (boo! hiss!) has an unlikely plan to build skyscrapers on the local brass band’s clubhouse. With no anchor to reality, director Gale Edwards, whose debut feature this is, has gone all out for fantasy and heightened feel-good comedy.

Edwards is one of Australia’s best-known theatre directors. She’s won awards on New York’s Broadway and London’s West End, usually with big musicals. Certainly this doesn’t look like a debut movie. In league with cinematographer Robert Humphries (Somersault, SuburbanMayhem), she fills the screen with colour, movement and detail.

Her setups and lighting ideas are constantly engaging, and she plays happily with digital skyscapes, multiple wipes and whip pans. What she needs now is a script with more substance, reality and purpose than this thin fairytale romance.

Gregory and Nicole-Kidman-lookalike Isabel Lucas make a handsome prince and gorgeous princess; Colin Friels is suitably dastardly as the champagne-sipping Mayor. There’s a comedy drummer and a way-too-cute comedy dog.