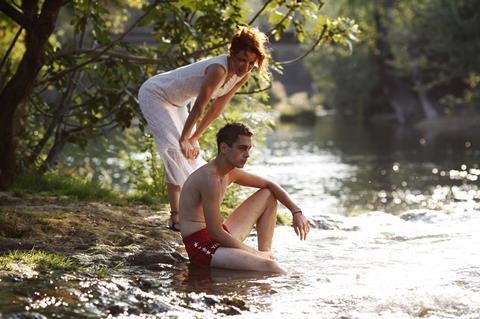 Danis Tanovic returns home with with Cirkus Columbia, a comfortably old-fashioned story set in a small village in South Herzegovina as the clock ticks down to war in the Balkans. Tanovic’s nostalgic take on the events prior to No Man’s Land make this a watchable if not entirely engrossing affair.

Tanovic’s shooting style here is beguiling, some old-fashioned touches seemingly defined by the period rather than budgetary constraints.

Opening Sarajevo’s film festival to a rapturous local reaction, Cirkus Columbia (co-adapted by Tanovic from a popular local novel) could travel on the director’s reputation to the undemanding end of the arthouse market, although it may lack sufficient emotional heft to widen out.The film is also set to screen at Venice Days.

Melding rites-of-passage – the action takes place during a hot summer in which a young man has a sexual awakening – with the larger political stage, Cirkus Columbia can bring to mind softer-edged Italian fare, although the pending war casts too dark a shadow for any sense of comfort. Tanovic lightens the murky horizons with some deft humourous touches, leaning on stereotypes as a shortcut through complicated political exposition.

Following up the poorly-received Triage, Tanovic – currently living back in Bosnia – seems on easier ground with Miki Manojlovic playing lead Divko Buntic, a former villager who grasps the opportunity thrown up by the death of Tito and the subsequent fall of communism to return home from exile in Germany weighed down with cash, a much-younger girlfriend (Jelena Stupljanin) and a flash Mercedes.

Petty revenge is on Divko’s mind, and his first move is to evict ex-wife Lucija (Mira Furlan) and son Martin (Boris Ler) from the family home they have occupied for the last two decades. As Divko goes about settling scores, events conspire to overshadow him, both on a domestic and wider political front, although all seem dwarfed by his love for cat Bonny. The animal’s disappearance is a catalyst in the lives of all the protagonists and a distraction from the wider forces at work in the region.

As Divko, Miki Manojlovic proves strong ballast for Cirkus Columbia. Son Martin can appear bafflingly simple-minded for a man in his twenties, while the role of Divko’s girlfriend is often more defined by the costume department than the script.

As his ex-wife, Mira Furlan struggles in a role that isn’t always convincing, but Manojlovic’s authority carries the cast comfortably through. Tanovic’s shooting style here is beguiling, some old-fashioned touches seemingly defined by the period rather than budgetary constraints.