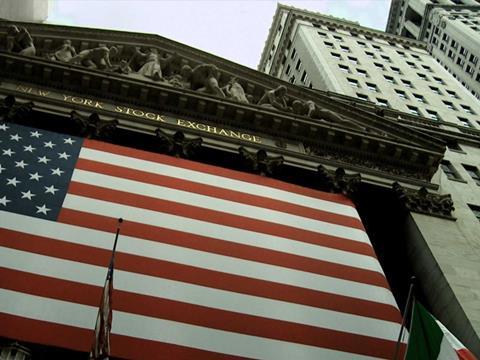 The absorbing and sobering Four Horsemen is a look at the state of the Western Empire and how signs of wear and tear are impacting on the West and how ‘we find ourselves in the era of consequences.’

The film is boosted by some judicious use of animation and archival footage as well as some impressive cinematography.

Debut director Ross Ashcroft’s fascinating film offers up a series of thinkers to share their views on contemporary capitalism and taking the Four Horsemen of the Apocalypse as his starting point tackles – in an educational, entertaining, thoughtful and occasionally depressing way – subjects such as consumerism, inequality, money and change. Refreshingly it also offers up a few solutions to reversing (or at least stalling) the end of our Empire.

A series of recent documentaries have tackled the recent economic meltdown – and there are moments in Four Horsemen when a similar route is travelled – but the refreshing thing about this film (which premiered at IDFA) is that Ross Ashcroft also takes the viewer in a broader journey, linking in terrorism, global warming and poverty along with world finances to present a troubling picture of the world today.

The film features a whole lot of interviews – with more than 20 thinkers, former money-men and academics, including Noam Chomsky and Camila Batmangelidjh  – and while in some films talking heads can hamper flow, in this case their thoughtful and intelligent insights help drive the analysis…which given that the premise is broad a complex takes some doing.

The film is boosted by some judicious use of animation (mainly old Wall Street material) and archival footage as well as some impressive cinematography, and director Ross Ashcroft’s narration treads a smart, intelligent and at times provocative path through a series of intertwined subjects that come together to stark and sobering effect.

While the film should be a regular at film festivals and work well in a series of debate-linked standalone screenings, the most likely home is television. But wherever the audience is, they are likely to emerge from the screening informed, challenged and with plenty of food for thought.