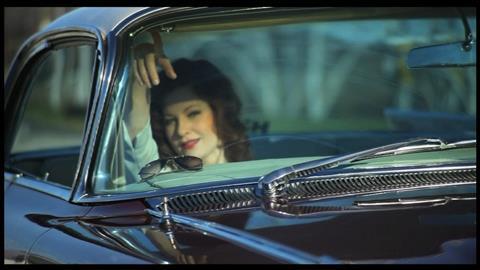 The latest work from Polish visual artist Wojciech Puś is an extremely obtuse affair that is based on the infamous abduction of four-year-old British girl Madeleine McCann from a Portuguese resort in 2007.

Given is not intended to work on a narrative level.

Whilst the contentious subject matter of Given may spark an initial interest from one or two interested distributors, the fact that the film is as much an art-piece/installation as much as a feature should quickly chase them away.

Given will most likely find a limited life at festivals where notions of art and film intersect (such as the New Horizons festival, where the film received its world premiere) and perhaps the odd mention in a tabloid newspaper desperate to court controversy.

The film is made up of series of loosely interconnected scenes that include an unknown protagonist singing opera in a forest, abstract images of lights combined with ominous phrases narrated by a voice that alternates between male and female, and a meandering journey through the dark side-streets of an unknown town.

Given is not intended to work on a narrative level (indeed, one would find it difficult to know that it’s based on the McCann case unless one reads the synopsis beforehand) but as a visual poem it has certain affecting moments. There’s a sense of loss and melancholy evoked throughout proceedings alongside a vein of extremely dark humour that is often quite disturbing.

But for many Given will prove too abstract and this will remain on the very fringes of cinema for a small and select audience.