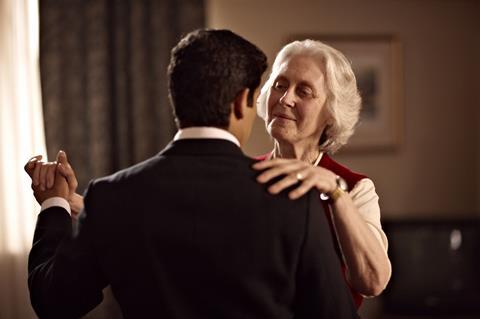 With a production investment from the Melbourne Film Festival’s own Premiere Fund, Last Dance duly made its debut at this year’s event. A small-scale drama filmed in Melbourne, it charts the claustrophobic relationship between an octogenarian German/Jewish Holocaust survivor and her desperate captor, a wounded young Palestinian terrorist.

The action comes perilously close to coming to a halt before a late development and an unexpected climax brings some much-needed edge.

In what is virtually a two-hander played in a single setting, the acting is exemplary and the technical contributions notable, but the overall pacing is dangerously slow for all but an arthouse audience. Last Dance gets a small local release in September: its highly relevant international subject matter makes it a good festivals bet.

The directorial debut of veteran editor David Pulbrook, preparations for the movie ran into trouble last year when US actor Gena Rowlands was blocked by actors trade union MEAA (Media Entertainment & Arts Alliance) from playing Ulah Lippmann, the elderly focus of the project. The rarely-off-the-screen role is here taken by Julia Blake, who is touchingly effective but unlikely to match Rowlands’ box office marketability.

While Ulah is doing her careful shopping in a Jewish area of the city, Sadiq (Firass Dirani, handsomely intense) is racing through back lanes, avoiding wailing police cars and whirling helicopters. He has been part of a bombing attack on a synagogue, and now he bundles the startled Ulah into her comfortably old-fashioned apartment with a cry of ‘God curse the Jews!’ An intricate hostage/captor relationship develops between the lonely concentration camp survivor (cue repeated shots of her tattooed number) and the cornered desperado.

The action comes perilously close to coming to a halt before a late development and an unexpected climax brings some much-needed edge. Director Pulbrook makes good use of an excellent studio recreation of just such a spotless, mothballed Melbourne apartment.