Letters From The Big Man 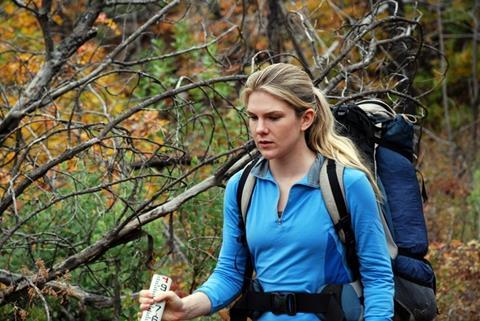 The ever-adventurous Christopher Munch returns for the first time since Harry And Max (2004) with an ambitious, warm-hearted drama about the Sasquatch - also known as Bigfoot - the mythical ape-like creature that is alleged to inhabit the forests of the US Pacific Northwest. Using actors inside Sasquatch suits and heavy prosthetic makeup, Munch tells the story in a no-frills matter-of-fact US independent style and for the most part pulls it off. If he falls prey to didactism about man’s abuse of nature, he achieves more than enough quiet lyricism and transcendent beauty to make up for it.

The film works best when Lily Rabe is alone on screen in nature, and Munch explores both the scenery and the character’s calm within it with sometimes mesmerising grace.

Shot in the sprawling forests of southern Oregon, Letters From The Big Man has the novelty value to achieve profile in today’s marketplace and could easily tap into a grass-roots appetite for well-told environmentally conscious stories, at least in the US. Festival play and media attention could enhance its international prospects.

Leading the human cast is accomplished stage and screen actress Lily Rabe as Sarah Smith, a hardy young woman getting over a painful breakup who sets off one morning into the forest for a week to conduct a stream survey for the Forest Service after a major fire. She rows herself down a wild river into the wilderness where she begins her testing, camping by night, sketching in her notebook and connecting with the wildlife while she nurses her bruised heart.

During the trip she senses that she is being observed by a presence – and even sees footprints – but, unlike us, she never sees the Sasquatch.

Staying in a friend’s cabin to write her report, she begins an affair with a wilderness advocate called Sean (Butler Harner) but he disappoints her (“do you always fuck and run?” she asks), and she finds herself increasingly drawn to the sasquatches whom she now sees and has befriended. The connection is non-verbal but she feels their profound sensitivity and soulful nature.

Meanwhile Sean believes he has unearthed a government plan to harness the powers of the sasquatches.

The film works best when Rabe is alone on screen in nature, and Munch explores both the scenery and the character’s calm within it with sometimes mesmerising grace. Other humans tend to get in the way: the subplot about logging companies and government agencies seems half-baked.