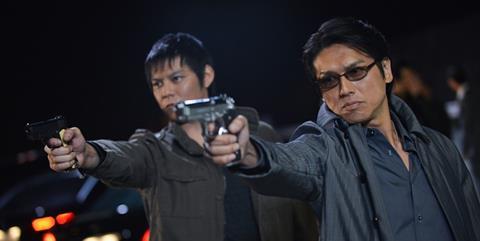 If a successful yakuza-movie formula ain’t broke, why fix it? Outrage, which previewed at Cannes in 2010, was a welcome return to box-office kudos as well as artistic form for maverick Japanese filmmaker Takeshi Kitano. The actor-director with the lived-in face stays on safe ground with this sequel – to the extent of resurrecting characters who had apparently been killed in Outrage.

Kitano reputedly built the whole script of Outrage around certain key explosions of violence, in which characters were killed or maimed in curious ways.

And if this initially over-talky film with its reams of intricate exposition takes a while to lift off, it does at last launch the full sushi boat thanks to its entertaining mesh of inventive violence, black humour and an appealingly unglamorous view of Japanese underworld deal-making and clan loyalty.

Outrage was Kitano’s second most successful release in Japan, and Warner is planning to release this sequel on 200 screens on 6 October – the biggest roll-out to date for one of the director’s films. Sales action in other territories should be brisk, though it may not all be with theatrical outlets in mind – many of Kitano’s loyal fanbase will probably end up seeing this, as usual, on DVD or pay-per-view.

Outrage Beyond brings two fresh ideas to the yakuza table – the first is the idea of the clans as companies that feature the same levels of inefficiency, bureaucracy and in-fighting as their legitimate equivalents. The second is to bring a policeman into the mix, not as heroic crimebuster but as a sly manipulator of clan alliances. The world that Kitano paints here is one in which codes of honour are challenged by a new kind of realpolitik, both within the clans and the forces of law and order.

There are plenty of names to memorise in the first half hour as the scene is set and the stakes are wagered. The Sanno clan, which was introduced in Outrage, has become a tentacular crime organisation with links to politics and legitimate business.

Clan ‘chairman’ Kato (veteran actor Nishida) and his sly underboss Ishihara (Kase) are part of the modernising wing that’s leading this expansion, earning the hostility of the clan’s old guard. Wily detective Kataoka (Kohinata), who sees himself as a bit of a yakuza-squad Machiavelli, is plotting to use this old-guard resentment to drive a wedge between the Sannos and an allied clan, the Hanabishi, led by canny old Chairman Fuse (Koyama).

Kataoka also believes he can manipulate Otomo (Kitano, who goes under the acting moniker of ‘Beat Takeshi’), a minor clan leader whose release from jail he has engineered, and whose death in Outrage, at the hands of the Sanno clan, is now revealed to have been merely a rumour put out by the detective.

The woozy, sometimes discordant electro-jazz soundtrack is more convincing than the film’s sometimes over-hasty looking shooting style, which lacks some of the urban sheen of Outrage. This said, though, a certain shabbiness is part of the film’s point – this is a twilight yakuza world in which ‘sake pacts’ between clan brothers and father-son relationships between clan chairmen and their faithful lieutenants are seen more as burdens than badges of honour, to be wriggled out of through legalistic equivocation.

Kitano reputedly built the whole script of Outrage around certain key explosions of violence, in which characters were killed or maimed in curious ways. Though we have to wait a while for the gore to kick in this sequel, when it does come it’s tasty enough, with a scene set in a baseball cage – where balls are fired at aspiring pitchers – among the most memorable. Out-and-out shouting matches between supposedly composed clan members are another forte of Outrage Beyond – a film that always has humour bubbling just underneath its hard-boiled surface.