The Ballad Of Genesis And Lady Jaye 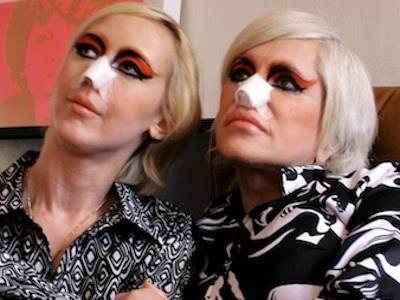 This engagingly oddball documentary will find an appreciative – though undoubtedly quite small – audience as it delves into the life of the loving performance artist twosome Genesis and Lady Jaye and their artistic intention to become one ‘pandrogynous being’ via plastic surgery. Winner of the Teddy Award for documentary at Berlin, the film also screened at Tribeca.

The film dwells on their music work together as well as their domestic life.

Director Marie Losier’s film will be must at LBGT-linked film festivals, though it also has enough quirky charm to cross-over to art-themed events and could also interest broadcasters with a specialist art niche.

Performance artist Genesis Breer P-Orridge (born one Neil Andrew Megson) describes his life story and relationship with his late partner Lady Jaye who died in 2007, via a blend of archival footage and newly shot interviews.

British-born P-Orridge relocated to the US with his then wife and two children, but when he met performance artist Lady Jaye the pair fell in love and set about an art project to use plastic surgery to make themselves look identical.

The film dwells on their music work together as well as their domestic life – which are quite engaging as they set about household chores – though most moving is when P-Orridge describes Lady Jaye’s death. In fact their relationship is at the core of the film which, though fascinating, skips over other aspects (aspects which might have offered a more critical view of P-Orridge) of their life and relationship.