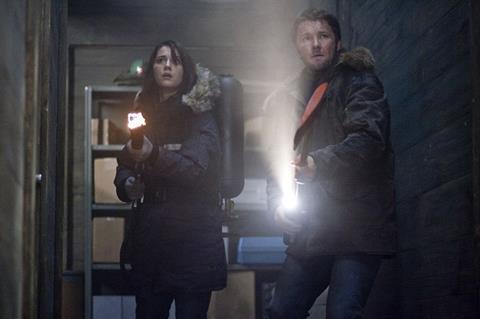 A passable prequel to John Carpenter’s minor sci-fi classic of the same name, The Thing does nothing really new with its familiar alien-in-the-ice scenario and doesn’t even top its 1982 predecessor by much in the special effects department.

Title recognition might result in a decent first weekend when the R-rated Morgan Creek production opens in North America on Oct 14 through worldwide distributor Universal. But lack of star power will probably limit the ultimate theatrical take, even if the cast’s international hue gives the film something of a second chance outside the US.

Scriptwriter Eric Heisserer (Final Destination 5) bases his story on the same pulp novella, John W Campbell’s Who Goes There?, used by Carpenter and original 1951 film The Thing From Another World. In this version, paleontologist Dr Kate Lloyd (Mary Elizabeth Winstead, from Scott Pilgrim vs the World) is recruited by the imperious Dr Sandor Halvorsen (Danish star Ulrich Thomsen) to help investigate the body of an alien creature found trapped in the ice near a small Norwegian base in the snowy wasteland of Antarctica.

When the beastie breaks out of its frozen coffin it starts working its way through the outpost’s population – which also includes American pilot Braxton Carter (Australia’s Joel Edgerton, from Animal Kingdom) – disguising itself by replicating its victims, bits of whose bodies then become part of the monster’s own form.

Though technically telling a different story with different characters, the film has the same shape and uses many of the same dramatic devices as the Carpenter outing, some of them fairly effectively. The characters, though, are barely sketched and remain indistinct throughout.

Making his feature-directing debut, Dutch commercials wiz Mattijus Van Heijningen creates some tension and delivers a few jolts as the alien starts its violent rampage. But as the focus shifts to the paranoia that spreads among the surviving camp inhabitants Van Heijningen lets the pace waver, resulting in a stilted second act that’s not redeemed by a messy finale on the alien space ship.