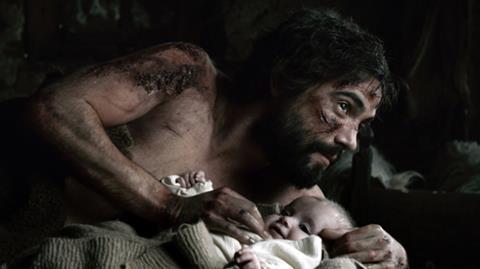 Ideas abound in Inaki Elizalde’s debut feature The Valley (Baztan) - which boasts almost as many plot strands as there are cast members. Sprawling, freewheeling, endearingly bonkers at times, there is a fascinating story of discrimination and abuse at its core. Hanging on in there to peel off the layers around it isn’t the easiest of challenges for non-native speakers, however, and ultimately, this heartfelt Basque film is of greatest interest (and comprehension) to Spanish audiences, who should best understand and appreciate its historic significance.

There’s a friendly air to The Valley which can make some of the revelations of the persecutions of the past with its echoes in the present all the more surprising.

Elizalde approaches the subject of the historically persecuted “agote” minority who live in Navarra’s Baztan valley in a circular, crab-like manner. There’s the film-within-a-film trope, as a crew arrive in this remote and beautiful area to make the picture. The action then cuts to the Spanish Inquisition of the 17th century, with the present-day villagers playing out roles from the past as an agote commits the ultimate crime of baptising his baby in a church.

The Valley then proceeds to flit between the two time periods. In today’s Baztan, a strongman prepares for an athletic challenge, a photographer borrows the film’s costumes from the seamstresses to take early-morning pictures, and a retired sculptor, himself of “agote” origin, goes some way to untangling the narrative web. In the past, the Inquisitor unravels the abuse that he hopes to use for his own benefit, while woodwork is a running theme.

Somewhere in the middle of all this, the Basque director Julio Medem, who shot the feature Vacas in the area in 1992, turns up to have a chat. With a cast of professionals mixed with locals (main star Carmelo Gomez featured in Vacas, which was also written by Gaztambide), there’s a friendly air to The Valley which can make some of the revelations of the persecutions of the past with its echoes in the present all the more surprising. Shot on digital, The Valley is technically fine, although a pastoral score that leans heavily on the local txistu flute has a tendency to overpower the images.