To Die Like A Man (Morrer Como Um Homen) 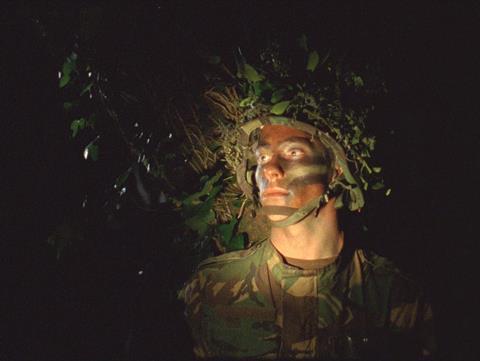 Rarefied, hyper-stylised drama To Die Like A Man takes an oblique look at the lives of Portuguese transvestites; most viewers will find it a drag in more ways than one. Centred on a commanding lead performance by Fernando Santos, the film has some moments of genuine exotic magic, but overall its languorous rhythm will tax the patience of all but the hardest-core art-house faithful. Its natural home will be at gay festivals; commercial prospects, however, look as thin as a tranny’s nylons.

Rodrigues made a name with his previous films O Fantasma and Odete, and his follow-up displays an auteur style that is highly distinctive – too much so, in fact, to translate beyond niche appeal. Set in Lisbon, the film maps the sorrows of Tonia (Santos), an ageing cross-dresser who, unlike his friends, refuses to become a woman surgically, stopping at breast implants. The film begins enigmatically with a nocturnal sequence in which a young soldier goes on a forest manoeuvre in almost total darkness: creeping tracking shots create an intensely mysterious atmosphere. He and another soldier pause for sex, then he shoots his lover dead.

Rodrigues then skips to the home life of nightclub performer Tonia, whose young lover Rosário (David), a junkie dress designer, has gone on the run. The film’s first part skips between Tonia’s attempts to get Rosário back on the straight and narrow; his backstage tiffs with rival diva Jenny (Larrue); and run-ins with his errant son Zé Maria (Malatitch), the homicidal soldier of the prelude.

This section of the film is shot in a largely realistic mode, given a bold skew by the larger-than-life drag milieu. DoP Rui Poças throws in some heightened colour effects, plus the odd sequence that verges on dream, notably a candlelit glide through a graveyard at night. Overall, though, the film’s first third is marked by its downbeat tone, defusing the ostensibly lurid nature of Tonia’s domestic traumas.

An eccentric middle section has Tonia and Rosário visiting the secluded forest home of theatrical ‘grande dame’ queen Maria (Ferreira de Almeida). This talky passage plays like one of Manoel de Oliveira’s staider films, only with frocks, and features a bizarre sequence in which, in intense red moonlight, the characters pause in the woods to listen to a moody torch song. The closing section deals with Tonia’s moment of truth, as he reconciles himself to saying farewell to his female persona.

For all the flamboyance and brittle repartee, To Die Like A Man casts its gay characters in a muted, everyday perspective. This may be the most downbeat film ever made about transsexuals, with only Ferreira de Almeida camping it up, and that most memorably.

The film’s best moments are very striking: Tonia’s final bow comes in a closing crane shot, an audacious flourish that wraps the film up magnificently. Despite such visual flair, however, the film is too often bloodless, the dialogue generally delivered in the pensive, near-sotto voce register familiar from much Portuguese art cinema (Oliveira, Pedro Costa et al).  Santos, however, agonises with imposing dignity. A small white Scottie dog, Agustina, also livens the film up no end. A striking bonus is a no-nonsense close-up demonstration of a sex change operation - mercifully, done origami-style, with a piece of paper.