A premiere out of this world....

Black and white footage of iconic moments in history accompanied by a rousing soundtrack – always good. 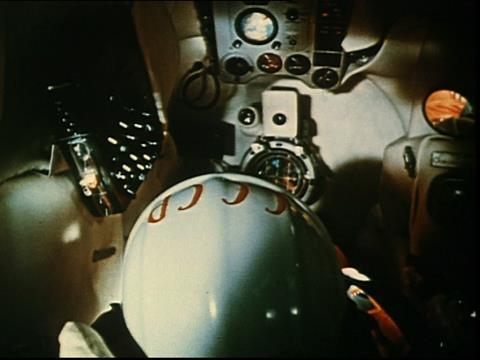 Not been able to make it to many premieres of late? Here’s a nice one you can check out on YouTube. To mark the 50th anniversary of Russian cosmonaut Yuri Gagarin’s historic journey into space, YouTube will host the premiere of space doc specialist Christopher Riley’s new film, First Orbit, on April 12. Three years in the making, the film recreates Gagarin’s journey by marrying new footage and audio recordings of his orbital route with digital footage filmed in recent years by astronaut Paolo Nespoli (astronaut and DoP – not a bad resume) while onboard the International Space Station. (Incredibly, it took Yuri’s Vostok 1 less than 2 hours to circumnavigate the globe). Music comes from composer Philip Sheppard (The Tillman Story, Bobby Fischer Against The World). Pretty cool stuff.

Check out the stirring trailer.

See the film at youtube.com/firstorbit and firstorbit.org on the 12th. I hope it gets a run in the cinemas, because this would look great on the big screen.