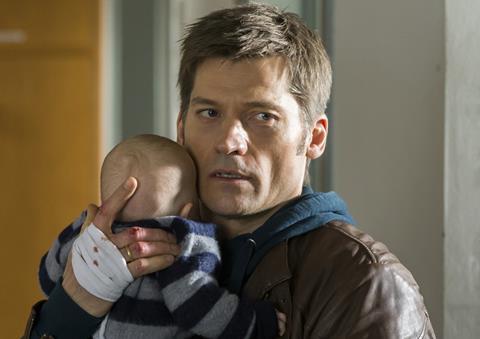 If the original premise, that of switching a dead baby for a live one to appease a grieving mother, is acceptable, then Susanne Bier’s new film might have a chance. But since only few will go along with this notion and even fewer will tolerate the manner in which this premise is presented, it seems Bier’s film is in for a pretty hard time from both critics and audiences. Even a cast which flashes stars like Nikolaj Coster-Waldau (Games Of Thrones), Ulrich Thomsen (Brothers, In a Better World) and Maria Bonnevie (Belle du Seigneur, The Banishment) can’t help to pull her film through.

Huge close-ups magnify the tormented souls of the characters, numerous shots of nature at night generate the adequately somber atmosphere - nothing is left to the viewer’s imagination and no statement is good enough unless amplified and expanded again and again.

The film’s first scenes show Andreas (Coster-Waldau) placing a burning lamp on a grave and Anne (Bonnevie), crouching on the floor of a toilet. These shots that will come up again at a much later stage and should prepare the audience for the tragedy about to unfold on the screen, except that no one knows yet who is who and why it is all happening.

Next, Andreas, a veteran cop, together with his partner Simon (Thomsen) is seen breaking into a motel room to calm the violent, heavy-set junkie Tristan (veteran Nikolaj Lie Kaas), who has an arm-long criminal record, and is exorcising his demons on his battered female companion, Sanne (newcomer Lykke May Andersen) while their neglected baby, Sofus, is lying in a corner, in his own excrement. Once Tristan is taken care of, Andreas goes home to find his exhausted wife Anne and their baby Alexander who won’t stop crying.

The moral dilemma which lies at the heart of the film erupts when Alexander is found dead in his crib. Anne is hysterical and threatens to commit suicide and Andreas drives to the motel, finds Tristan and Sanne conveniently fast asleep, and places his dead baby instead of their live one. Not much of a dilemma, for the cop may be much more handsome than the drug addict and potentially a better father, but he is obviously committing a crime and there are no two ways about it.

Without going into the ensuing developments, which are rather easy to guess, Tristan and Sanne are suspected of having killed their own baby, Andreas is eaten be remorse and on top of it discovers some dark secrets at home, while the script piles more superfluous evidence to prove that nice people are not necessarily better parents and that rich people are not always better equipped to take care of their offspring.

Huge close-ups magnify the tormented souls of the characters, numerous shots of nature at night generate the adequately somber atmosphere - nothing is left to the viewer’s imagination and no statement is good enough unless amplified and expanded again and again. Bier drives her actors way over the top: Bonnevie and Lykke May Andersen getting a couple of show stoppers each; Coster-Waldau looking good as he looks aggravated in various poses and Lie Kaas unleashing all his anger for the benefit of the camera. Thomsen, playing yet one more cop left by his wife and drowning his anger in gallons of liquor, can handle far more complex tasks, when required, which is not the case here.